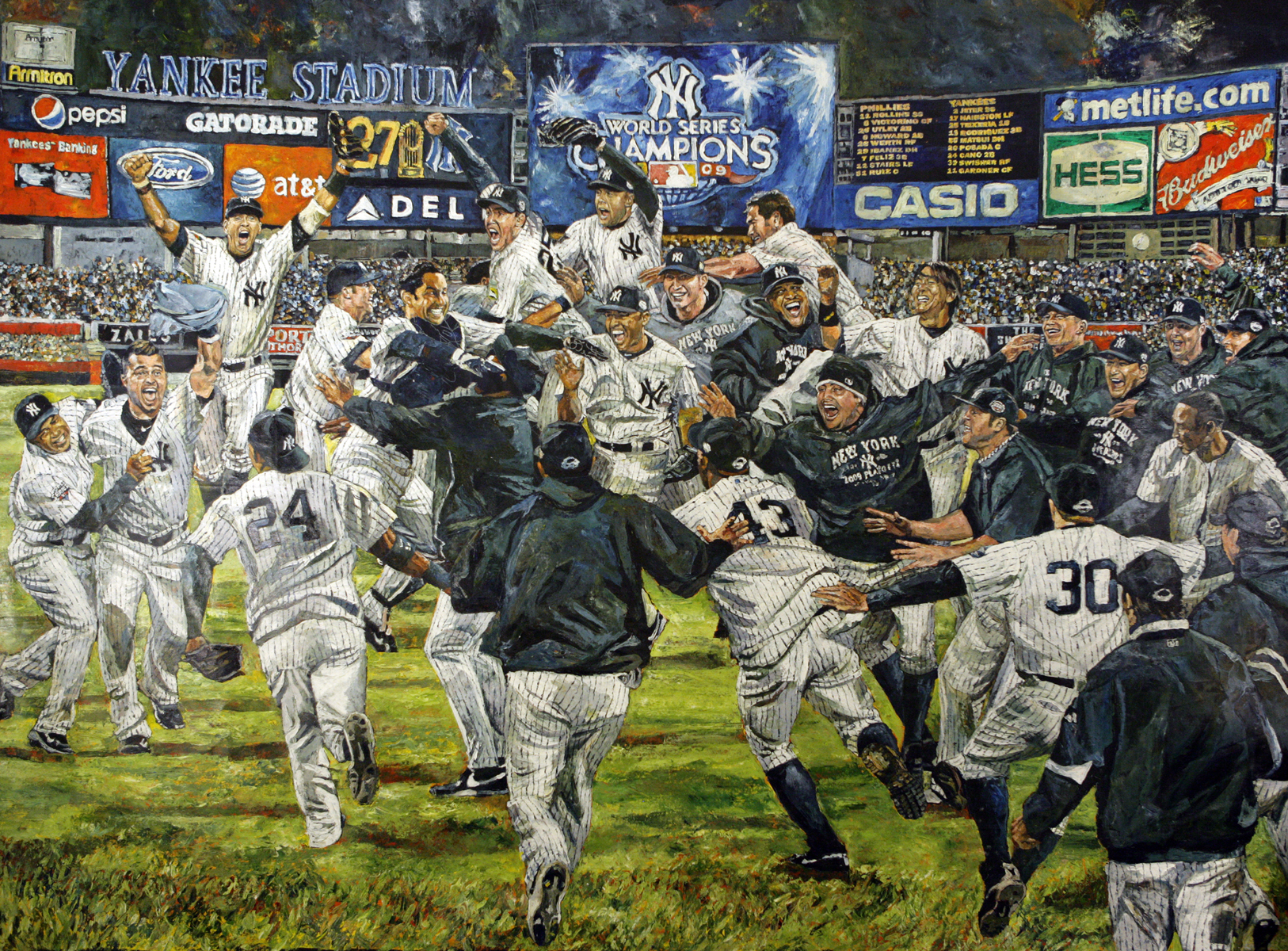 You wanted the best, you got the best! The hottest baseball teams ever… OK, sorry about that. I have Kiss on the brain for some reason. Back to baseball.

Last week I published my first annual list of the ten worst franchises in Major League history, so if you haven’t read that yet now’s a good time. Either way, it’s time to look at the teams that set the standard for all other baseball clubs to follow. Or that are, in the case of a few, still basking in past glories. To see my rankings for other leagues, as well as all mysports lists, check out this page.

Before I get to the list, a few notes of explanation are needed.

The categories and point values are as follows:

While I may tweak my formula in future years, I think what I have now accomplishes my two most important objectives — to reward consistently good play in the regular season and to not give older franchises too much of an advantage just by virtue of being around for so many years. World Series titles alone do not a great team make.

That’s about it! Let’s get to the rankings, good through the end of the 2013 MLB season.

I don’t really need to give you a laundry list of New York’s staggering accomplishments over the last century-plus; mainly because the Yankees and their fans will gladly do so at every opportunity. Suffice it to say that when a team averages a World Series championship — not just an appearance, but a title — about every four years they’re going to sit at the top of any list like this.

And as much as Yankee haters would hate to admit it, there really is no other franchise in MLB history quite like the Bronx Bombers. And given the massive difference between the Yankees’ 23.46-point average and that of the #2 team, there will not be a team like them for many, many years.

Only four teams have more World Series titles than the Giants, while only the Yankees have won more pennants. Since joining the National League in 1883 as the New York Gothams, the Giants have won more games than any other franchise (nearly 11,000) and own the second-best winning percentage (.538) of all-time. And after not having claimed a World Series title since 1954, San Francisco has taken two since 2010.

Had I started doing this list about a decade ago it’s possible that Boston wouldn’t have been in the top 10. But since 2003 the Red Sox have qualified for the postseason seven times and won the World Series three times. Add to that two other periods of sustained success (1909 through 1918 and 1967 through about 1991), and you have the makings of a top three franchise.

Eleven World Series titles, 19 NL pennants, 12 division championships, and 74 winning seasons out of 122. That’s what makes a great franchise, and that’s what gets the Cards into the top four. Call it the Cardinal Way if you will.

Even though the Dodgers haven’t won as many World Series as it might seem (six), they are just so consistently good that they’ve compiled some very impressive statistics. The most impressive stat, to me at least, is there 79 winning seasons, second only to the Yankees. Just as impressive are their 45 seasons with a .556 or better win percentage.

This means that L.A. isn’t just good a lot, they’ve very good a lot. What also stands out to me is the fact that, much like the Giants, the Dodgers could be even higher on this list — their six championships are stacked up against 15 other seasons in which the won the NL pennant but couldn’t take it all.

In terms of regular season success, the Braves have enjoyed three great periods in their history. The first came at the end of the 19th century, when the then-Boston Beaneaters had 13 winning seasons in a row. Next came a renaissance in Milwaukee, when the Braves won their first World Series (1957) of the modern era.

But what most of us remember most vividly are those great Atlanta teams of the 1990s and early 2000s, which logged 15 winning campaigns, 14 division crowns, five pennants, and one World Series title.

Since their founding in 1901 as a charter AL franchise, the Athletics have won 9 World Series championships, 15 pennants, and 16 divisional championships. All this despite having more losing seasons than winning ones (59 to 52). Over the last 20 or so years the A’s have taken on the role of league overachiever, and have qualified for the postseason seven times since 2000 despite their relatively tight budget.

Sorry traditionalists, the Diamondbacks are one of the ten best franchises ever. At least for now. Because really they’re still coasting off the points they earned when they won the 2001 NL pennant and World Series. You can take away that season and Arizona drops right into the middle of the pack, but that would be rewriting history wouldn’t it?

In any case, their average drops every year they fail to achieve a winning season, which has now happened in four of the last five years.

Detroit has endured more than a few stretches of bad baseball, but have also managed to string together enough decent-to-good runs to counter that. They have been one of baseball’s better teams the last few years but are still searching for their first World Series title since 1984, currently the ninth-longest championship drought in baseball. Only one other top ten team is on that same list, and here they are at #10 on this list…

The memories of Pittsburgh’s ill-fated run of three straight NLCS appearances in the early ’90s fade daily, but the fact remains that when you look at the team’s entire history they have still accomplished quite a lot. Their most successful period was of course the 1970s, when they had winning seasons in all but one year, earned six NL East division titles, and became world champions twice.

Unfortunately for Pirates fans the last two decades have not been kind at all. It remains to be seen if their magical 94-win 2013 season is a sign of things to come or just a blip on the radar.