Album Cover of the Week: Alice Cooper, School’s Out 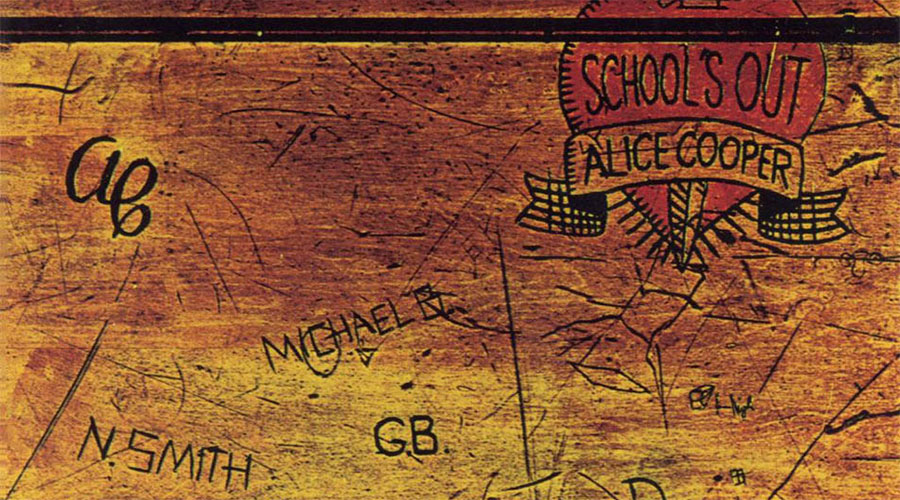 I’d say this album cover is quite appropriate for this time of year. It’s the 1972 rock classic School’s Out (Warner Bros. Records ‎– BS 2623), and boy does this one have a lot.

The original album cover (designed by Craig Braun) was designed to look like a wooden school desk complete with etchings by members of the band. The desk opened to reveal the vinyl. Underneath, an image is provided of the other contents of the ‘desk’ including gum, marbles, and crayons. The finishing touch was the legs on the base which could be opened up to turn it into an actual desk of sorts. The vinyl record inside was wrapped in a pair of panties (not included in the European versions), though this was later discontinued as they were found to be flammable.

A1 School’s Out
A2 Luney Tune
A3 Gutter Cat Vs. The Jets
A4 Street Fight
A5 Blue Turk
B1 My Stars
B2 Public Animal #9
B3 Alma Mater
B4 Grande Finale