Ladies and gentlemen I give you Johnny Cash, the Man in… Beans? 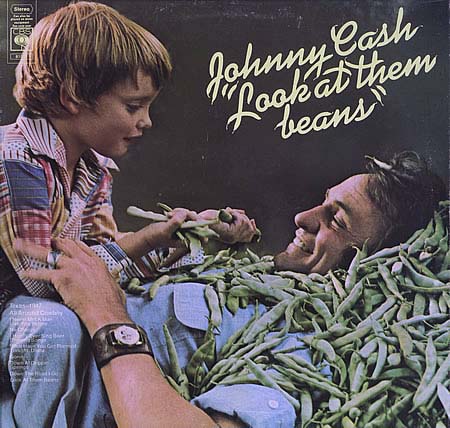 I would love to know the story behind this cover. I do know that the title is taken from a Joe Tex song called “Papa’s Dream,” which appeared on his 1973 album Joe Tex Spills the Beans.

But anyway, about the Johnny Cash album. That’s the Man in Black wearing blue on the front, and with his son John Carter Cash — then just five years old and the only son of Johnny and June Carter Cash. Photography on Look at Them Beans (Columbia Records KC 33814) is credited to Marion Ward and Bill Barnes, and the design was by Barnes.

"johnny cash look at them beans"