Christmas is over, and we’re almost into that part of winter where you think it’s never going to end and you’re already tired of it being dark by 5pm. So let’s turn up the heat with this slice of vintage R&B — from 1963, it’s Heat Wave from Martha Reeves and the Vandellas, first released on the Gordy Records division of Motown. 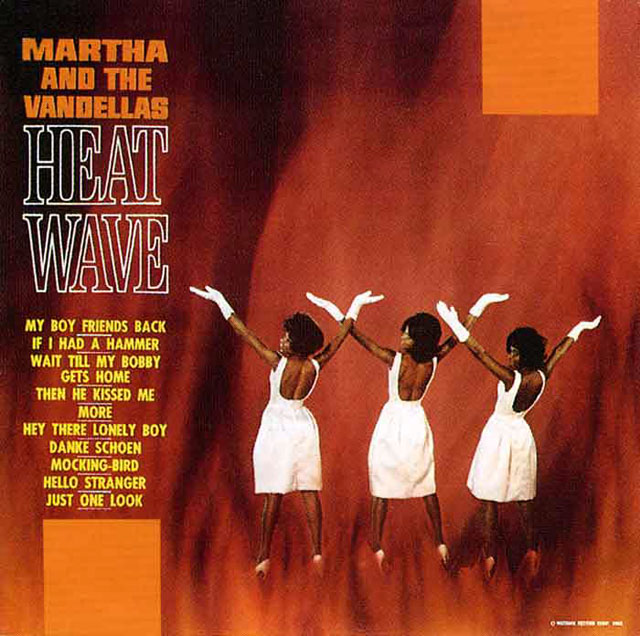 This is the biggest image scan I could find, although it’s not of the original album. That can be identified by the Gordy label that should be on the lower left.

Design-wise, Heat Wave is pretty uncomplicated but it’s very appealing all the same. The white dresses (and gloves!) of the ladies strike a brilliant contrast with the flames. Design and photography credit go to Bernard Yeszin, who worked a number of other Motown album covers in the early ’60s, for artists like Marvin Gaye and the Supremes.