Album Cover of the Week: Miles Davis — Porgy and Bess 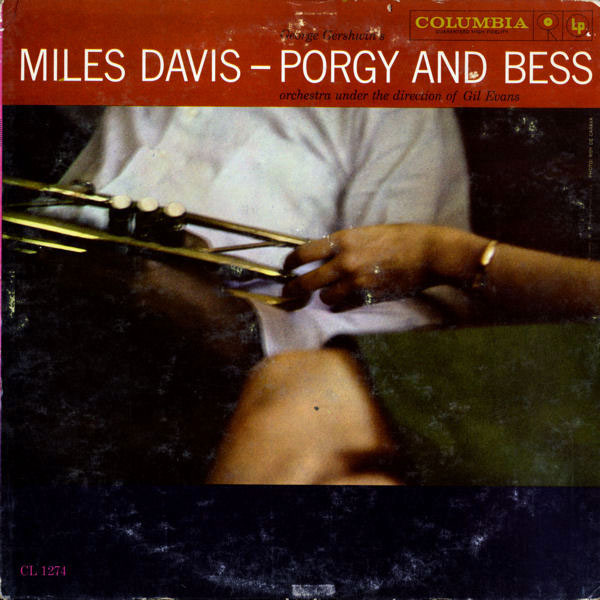 I know for a fact that I’m not alone in my love of Miles Davis’s seminal 1958 album, Porgy and Bess, or of its cover. In addition to being one of the landmark albums of Cool Jazz, it boasts a cover image that is every bit as alluring as the music within.

It could just be my imagination, but what we have here is a rather suggestive image, but perhaps I’m reading into things. You may be wondering — that’s probably Miles on the cover, but who’s the woman? And what does this have to do with Porgy and Bess? Well first, that is Miles Davis, and the lady holding his trumpet is Frances Taylor, his first wife.

The cover was shot by famed photographer Roy DeCarava, who apparently had some trouble getting it taken in the first place. According to a poster on the All About Jazz message boards, here’s that story:

Roy DeCarava said that he had been trying to track down Miles for some time to get the cover photo because the album was done and Columbia wanted to get it out there. Only thing missing was the cover photo. Miles kept dodging him, not showing up for appointments, not returning his calls, etc. So, finally, Mr. DeCarava just shows up at Miles’ house one day and knocks on the door. Miles answers the door, looks at him for a minute and just says, “ahh shit, Roy”. So Miles invites him in and they shoot the photo in the back yard of Miles’ upper west side brownstone with Miles’ wife. I think he said it took no time at all, very quick.

Funny how some of the greatest album cover images have rather simple and sometimes amusing origins, isn’t it? Think about that for a few minutes while you listen to my favorite song from Porgy and Bess, “Gone.”