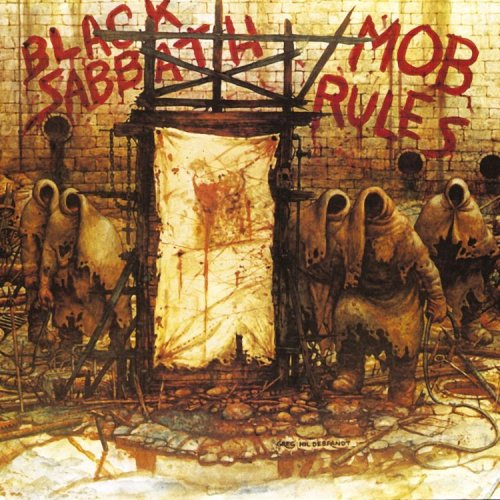 It’s hard to believe, but we lost Ronnie James Dio one year ago today. It seems only right to pay small tribute to his musical legacy, and so here we have 1981’s Mob Rules. It was the second and last studio album Black Sabbath released with Dio as frontman until the one-off reunion disc Dehumanizer in 1992. It’s every bit as sinister and metal as the cover indicates.

The cover painting is by fantasy/science fiction artist Greg Hildebrandt. It’s essentially a recreation of his 1971 work, Dream 1: Crucifiers. Here’s the original: 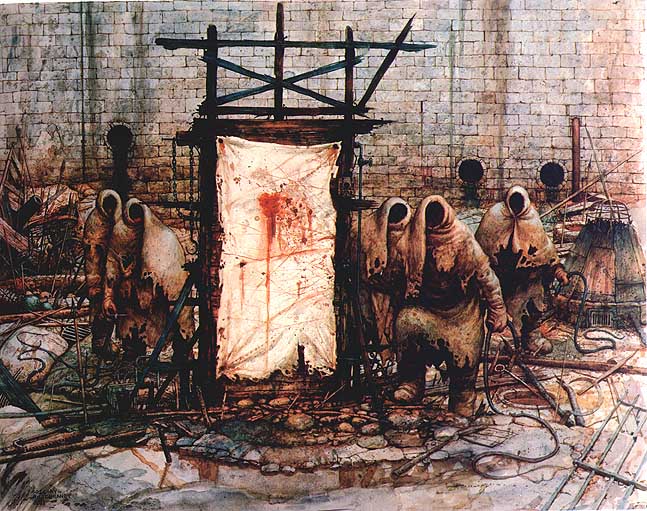 I’m guessing the addition of the band and album names didn’t escape your notice, but did you catch the fact that the hook on the left side of the original was changed to a crucifix for the album cover? Also, the blood stain in the fabric (skin?) was made to look more like a devil’s head on the album. Subtle, I know.