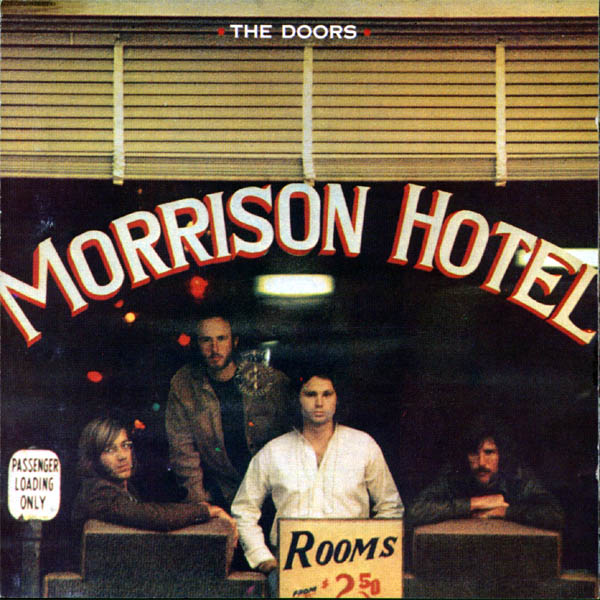 The Doors’ 1967 debut LP is easily the most popular and acclaimed record they released, but my favorite has always been Morrison Hotel. It has the most substance and the least weirdness of any of their releases to date. It also features perhaps the most iconic album cover of any Doors record.

The building that gave the album and Side B their name, the Morrison Hotel, was located at 1246 South Hope Street in Los Angeles, California. According to photographer Henry Diltz, he and the band asked the desk clerk if they could shoot some pictures but were told they couldn’t without the owner’s permission. Since the owner wasn’t around to give permission, they had to improvise.

When the clerk left and got in the elevator, Diltz told the group to run into the hotel and pose. He managed to shoot a roll of film in five minutes, including the front cover.

After the shoot, Jim Morrison wanted a drink (surprise!), so they headed a few blocks to one of the less desirable areas of town. They happened upon a bar named Hard Rock Cafe — located at 300 East 5th Street — which later lent its name to the famous restaurant chain (as well as Side A of the record). Diltz shot additional photos, one of which made it to the back cover: 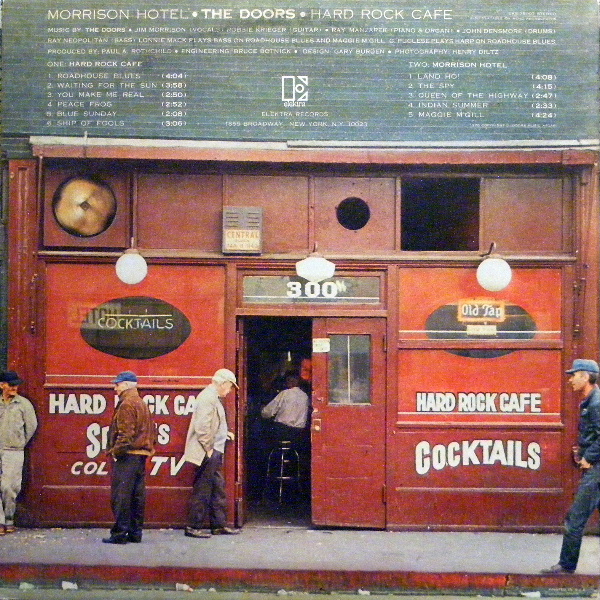 Both the hotel and the cafe are now closed. Jim Morrison died 15 months after the February 1970 release of Morrison Hotel.