Album cover of the week: Mystery to Me

Maybe someone more versed in Fleetwood Mac lore can explain this cover to me. But until then, I’ll just enjoy the weirdness of it. It’s the cover to the group’s eighth studio album, 1973’s Mystery to Me.

OK, so it’s a baboon on the beach, crying while eating a cake and… a book? Well that’s confusing. Perhaps the answer to this mystery is on the back cover. 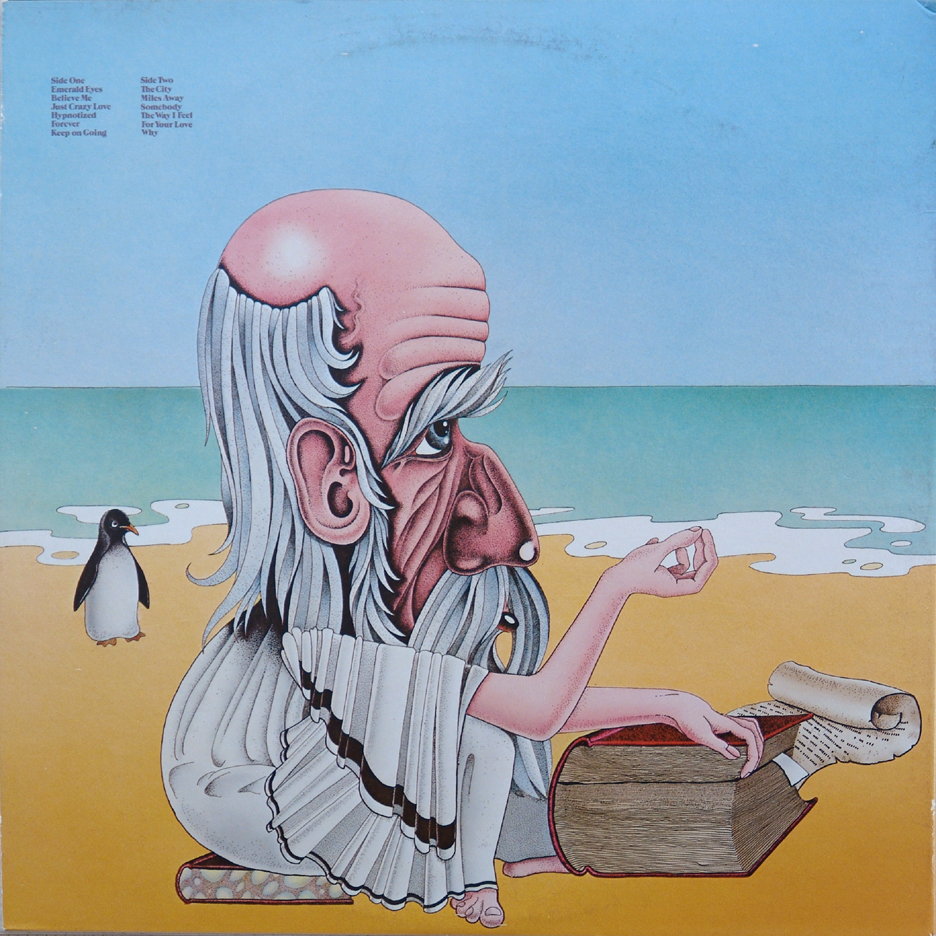 Nope! Well except for the penguin, which was a band mascot of sorts (as well as being the name of Fleetwood Mac’s previous album).

Anyway, this cover was designed by Modula, who designed a bunch of Camel’s coolest album covers from the same period.