I was absolutely fascinated by this cover as a kid and I still think it’s awesome: 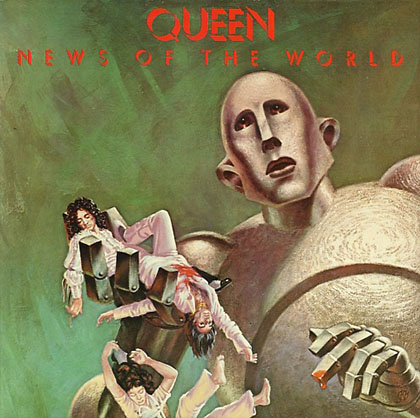 What gets me about this is the look on the robot’s face, which says “Oh crap, did I do that?” The blood drop on the finger is also a very nice touch. The only part that doesn’t thrill me is that Brian May (the one with the curly hair and puffy shirt) looks like a bit of a dandy.

As it turns out, interestingly enough, this wasn’t exactly a new painting. The October 1953 issue of Astounding Science Fiction featured the original art by Frank Kelly Freas. 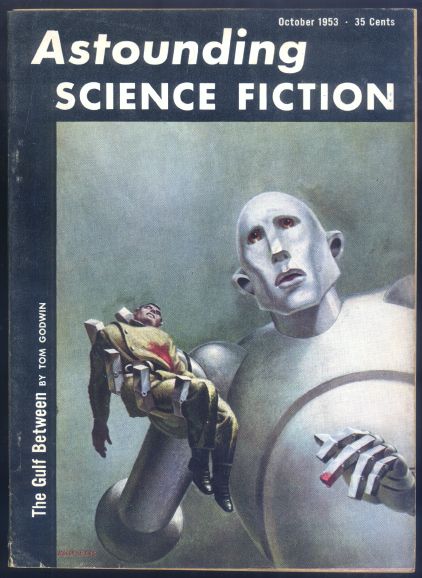 Queen contacted Freas and asked him to adapt his work for their album cover. He agreed, and his updated killer robot appeared when News of the World was released in October 1977.