Album cover of the week: Our Delights 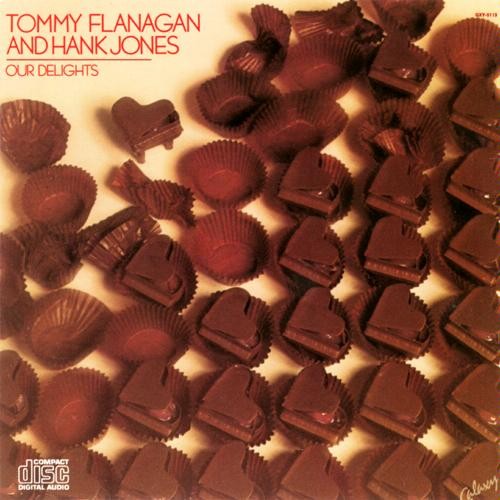 Jazz piano giants Hank Jones and Tommy Flanagan, who both sprang out of a very fertile post-war Detroit jazz scene, entered Fantasy Studios (the in-house studio of Fantasy Records) in Berkeley, California to record an album of piano duets in January 1978.  The result of that session was the Galaxy Records release Our Delights (GXY-5113).  The album art indeed reflects the very sweet music contained within:

It took a few glances at the photo before I figured out that those aren’t chocolate hearts, but chocolate pianos.  A nice little juxtaposition for sure.  Unfortunately I don’t know who’s responsible for this rather clever photograph, but if anyone has that info please let me know.

3 thoughts on “Album cover of the week: Our Delights”