Before he released the juggernaut So album in the ’80s, before he became one of the West’s great World Music ambassadors, and before he emerged as a humanitarian and all-around do-gooder, Peter Gabriel was just a guy trying to find his own musical direction after leaving Genesis.

The first step on that path was Gabriel’s self-titled debut, released in February 1977.  It’s a fascinating document of a uniquely talented artist willing to try anything – even barbershop – to differentiate his work from that of his old band.  And man, that cover… 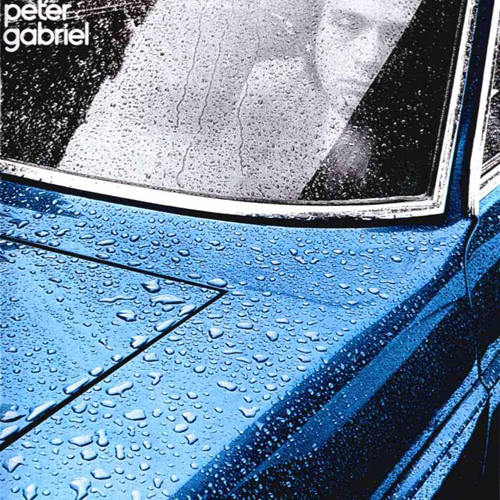 “Guy sitting in a car with raindrops on it” doesn’t sound like the formula for a good album cover, but this album (retroactively referred to by many as Car) proves otherwise.  The color scheme, which appealed to Gabriel, appeals to me as well.  The creepiness factor can’t be ignored here either – is he sleeping in that car?  Maybe dead?

And by the way, this is another Hipgnosis design.  An alternate idea Gabriel attempted was to wear mirrored contact lenses that made his eyes look like steel balls.  That would’ve been cool to see as well, but I like what we got.