I’m going to save my longer writeup of Rainbow’s Rising for one of my Desert Island Discs posts, but for the moment let’s just gaze upon the awesomeness that is the cover. 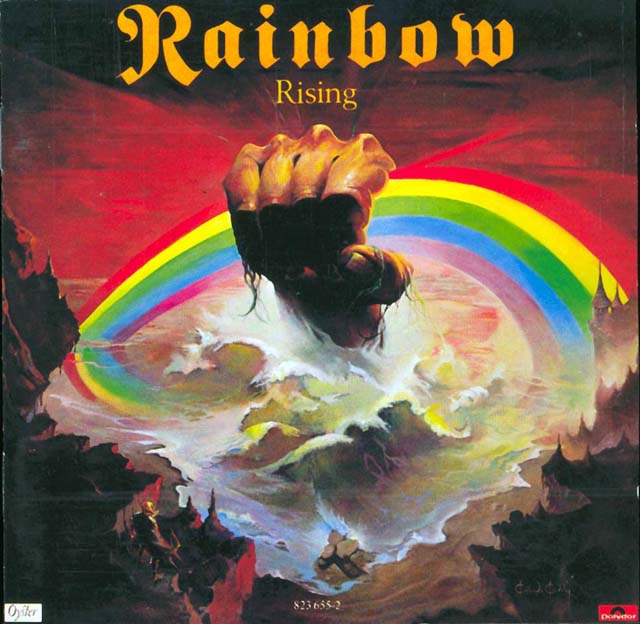 If you had never even heard of Rainbow, Ritchie Blackmore, or Ronnie James Dio, one look at this would probably give you a clue as to what the music sounds like. I mean, it’s a titanic fist rising out of misty mountains and clenching a rainbow. Oh and don’t forget the castle on the right and the mysterious cloaked figure in the foreground.

Yes folks, 1976’s Rising is one of the prototypical metal albums of our lifetime. And this painting was created by Ken Kelly, one of the greatest fantasy artists ever. Kiss fans know his work well, as he depicted the band on the covers for Destroyer and Love Gun. His work also graces the front cover of several Manowar albums.

So today — or whatever day it is when you read this — I urge you to gaze upon the cover of Rising and listen to one its great tracks, “Stargazer.”