Album Cover of the Week: Stevie Wonder, Where I’m Coming From 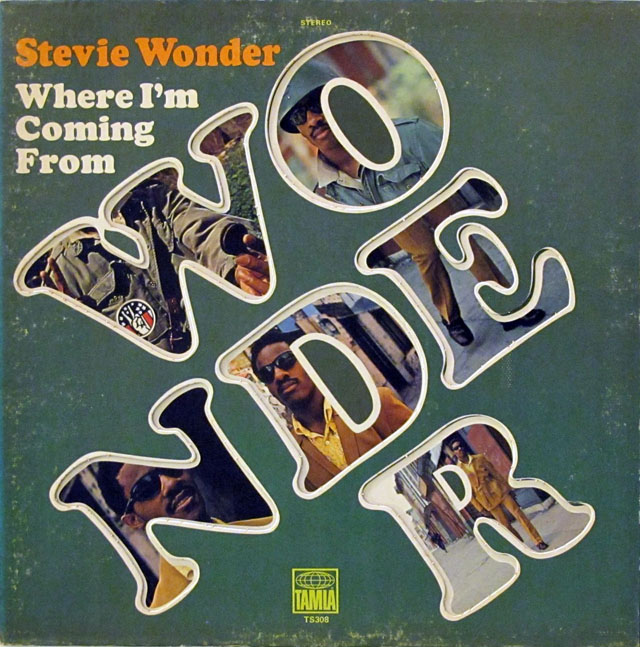 I last showcased an album cover from the great Stevie Wonder when I wrote about Innervisions in 2009. Today I want to go back to the beginning. Not of Wonder’s career, but of his string of all-time classic albums in the 1970s. For today we look at Where I’m Coming From, released on Motown’s Tamla label on April 12, 1971.

A few things strike me right away about this cover. First is the very bold use of “WONDER” with its many pictures of Stevie. This was the first album where Wonder really was able to assert full creative control over his music, and I think this cover speaks to that.

The second thing is the title — Where I’m Coming From. It’s an unmistakable declaration that this album was intended not to generate profit for Berry Gordy but to let America and the world know what was on Stevie Wonder’s mind in 1971. Lablemate Marvin Gaye would make the same artistic progression just a few weeks later when his landmark What’s Going On album was released.

One odd aspect to this cover — on the original issue at least — was the Wonder Mobile gimmick. Buyers could punch the “WONDER” letters out of the cover and hang them up as a mobile.

I have no information on the album credits for photography or graphic design, so if you do please let me know in the comments.