There’s no two ways about it: 2008 has been a bit of a letdown as far as new music goes, at least compared to last year. There have been some excellent releases to be certain (School of Language, Goldfrapp, and the Raconteurs among them), just not a lot that have hit the heights of ’07. I’m going to play a little catchup with my reviews here, so let’s dig in… 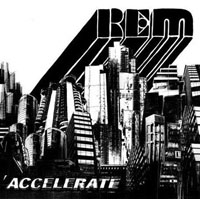 I’ve managed to be exposed to R.E.M.’s music for many years and yet never became a fan. In fact I couldn’t name five of their songs if I tried. But I heard a lot of positive buzz around Accelerate so I thought I’d take a shot. I’m glad I did, as it’s quickly become one of my favorite albums of 2008. The production is meaty, the melodies are catchy, and the album just plain rocks out. It runs just under 35 minutes, so it never wears out its welcome. 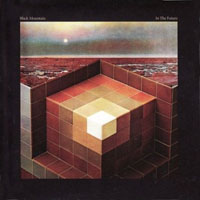 Black Mountain – In the Future (Jagjaguwar)

While some may see Black Mountain as derivative of groups like Led Zeppelin, Black Sabbath, or Deep Purple, I see them as simply carrying on the tradition of great and fun hard rock with a slightly psychedelic bent. I can usually smell phoniness a mile away, and nothing about this band or this album seems anything other than genuine. While In the Future does plod a bit in places, there are more than enough rib-cracking riffs and enjoyable mellow numbers to prove that the debut album was no fluke. 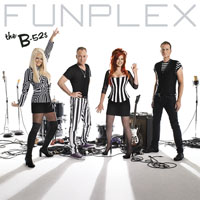 Now here’s a band I never thought I’d hear from again. It has been almost 16 years since the release of Good Stuff, after all. And yet it’s 2008 and here are the B-52’s, in all their fun dance-rock glory. In many ways, the band hasn’t lost a thing – Fred Schneider looks and sounds like he hasn’t aged a day since the group’s last album, and the two-part harmonies of Kate Pierson and Cindy Wilson are as winning as ever. There’s little here as enduring as the band’s most well-known songs, but there’s no crime in releasing an album that’s just plain fun – and the B-52’s are one of the best in the business at that. 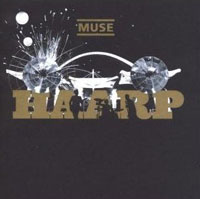 This live album serves one purpose only – to provide documented proof that Muse is far and away the best rock band on the planet right now. And over the course of 70+ minutes it does just that, drawing the bulk of its material from the group’s last two superlative albums, Absolution and Black Holes and Revelations. There is nothing particularly essential about hearing these songs in a live setting, but hearing the band perform in front of thousands of rabid fans at legendary Wembley Stadium does kick the excitement up a notch. And I don’t think I could ever get tired of hearing “Knights of Cydonia” or “Supermassive Black Hole.” (The inspiration for the album’s name can be found here.) 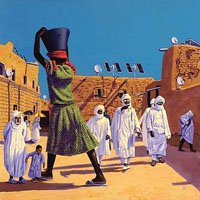 The Mars Volta – The Bedlam in Goliath (Universal)

Wow this is an unlistenable mess. I’ll never understand what the big fuss is over this band. The guys can obviously play like nobody’s business, but I can only take so much. In the hands of a strong producer who’s capable of reigning in the band’s self-indulgent nature, the Mars Volta could probably produce music for the ages. Instead we get wankfests like The Bedlam in Goliath. 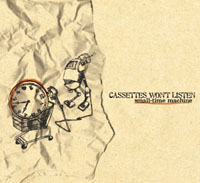 The self-released debut from producer/singer/instrumentalist Jason Drake (performing as Cassettes Won’t Listen) is a great blend of electronic and organic sounds. These are somewhat simple pop songs at heart, but produced and arranged in a way that makes them more complex but not cluttered. While this is not a visionary album or one of ambition (although the standout “Freeze and Explode” hints at something bigger), it does prove that Drake is a talent to watch, and I look forward to more. 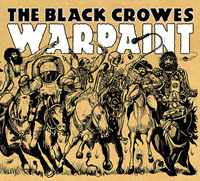 I lost interest in the Crowes sometime around the late ’90s, and judging by their record sales so did a lot of other fans (I did enjoy By Your Side however). So after years of declining sales and a brief band hiatus, Warpaint has been accordingly tagged with the dreaded “comeback” label. And to a certain degree it is just that. It definitely has the swagger and punch of the band’s best work, but it simply lacks the memorable hooks. I give the band major points for trying to revitalize their career and for staying true to their sound, although my Spidey Sense says this one will not have a lot of staying power with me. 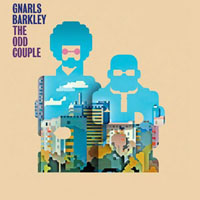 Fans of “Crazy” need not apply – The Odd Couple is by measures less frenetic and fun than St. Elsewhere (not counting the lead single, “Run”). While the debut album from the duo of Danger Mouse and Cee-Lo Green hinted at darkness and despair in places, this one practically revels in it. That’s not to say it’s a depressing record; it’s just not something you’d throw on at a party unless you were going to pass out the Quaaludes (or whatever the kids take to mellow out these days; I’m so incredibly out of touch). The textures are more subtle and probably require more careful listening to appreciate. It’s all a matter of whether or not you’re willing to put in the time or if you’d rather just crank up “Smiley Faces” again. 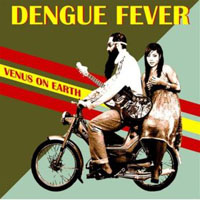 I can predict with certainty that this will be in my year-end best list, and it’s easily one of my favorite band discoveries of the last few years (thanks eMusic!). But how to describe their sound? I guess it’s a hugely entertaining mix of surf rock, ’60s era lounge jazz, and pop. Sort of. This album is full of expertly executed, melody-rich songs that sound vintage and modern at once, and the absolute topper is the gorgeous voice of Cambodian-born singer Chhom Nimol (who sings in English and her native Khmer). 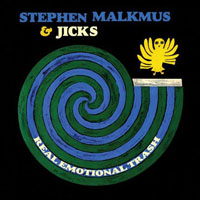 The fact that I have never heard any of Malkmus’s previous work (either with the Jicks or Pavement) probably helped me as I approached this album, as I had zero preconceived notions about how it should sound. And I really do enjoy this record quite a bit. The longer songs like “Hopscotch Willie” and “Real Emotional Trash” never feel too long, and it’s nice to just hear an indie rock band jam both with a relaxed feel and a purpose (which is not a contradiction). My only complaint is that new drummer Janet Weiss (of the late Sleater-Kinney) is sadly underused and buried in the mix somewhat.

At 53 years old, Joe Jackson is less the Angry Young Man of his early career and more of a Spirited Older Man. Likewise, Rain reveals a consummate craftsman who is finally comfortable in his own skin (after a years-long estrangement from pop music). Although there are some superb faster numbers (highlighted by “Invisible Man” and “King Pleasure Time”, songs as good as Jackson has recorded since his commercial peak), this is an album of carefully considered ballads and mid-tempo songs that never sounds too stuffy. While Rain lacks the adventurous spirit of classic Jackson albums like Night and Day, it has clever melodies and tight arrangements to spare.