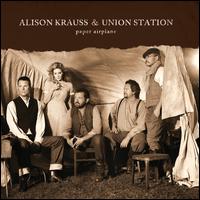 Alison Krauss & Union Station, Paper Airplane (Rounder Records) — Even if Union Station’s brand of bluegrass and sweet country pop isn’t your cup of sassafras tea, you need to listen to this at least once. Krauss has one of the most beautiful voices in music, and you should never pass up a chance to hear her. Turn off your cell phone, sit down, relax, and let the beauty of tracks like “Lay My Burden Down” and “Dimming of the Day” take you away.

Paper Airplane is a subdued affair, and not exactly what you’d play at a party, but the performances are top notch and the production is warm and intimate. There is a little more grit on the songs led by Dan Tyminksi (whose voice many will recognize as the man actually singing George Clooney’s parts on O Brother, Where Art Thou?), but “Dust Bowl Children” is the only track that moves with any sense of urgency. That’s not a complain, mind you.

Duran Duran, All You Need Is Now (S-Curve Records) — I am not the biggest Duran Duran fan in the world, so I can’t write knowledgeably about most of what they’ve released since Seven and the Ragged Tiger (although I do own Pop Trash and it’s decent). All You Need Is Now sure sounds like the DD I knew back in the day, but with a glossy new paint job. Simon Le Bon — who still sounds damn good — busts out a vocal melody on the opening title track that recalls the band’s 1980s triumphs, so old school fans should have to rejoice over.

Still, I can’t shake the nagging feeling that All You Need Is Now places Duran Duran into the role of sounding like a band that was heavily influenced by Duran Duran. This is a fairly common occurrence whenever a group from the ’70s or ’80s releases a so-called comeback record. The trick is to incorporate into the music enough of whatever made you popular to begin with while not falling into retread territory. I’m guessing that’s where producer Mark Ronson comes in, and whether or not he succeeded is not for me to say (again, I’m not intimately familiar with the group’s discography).

What I can say is that while not every song is a winner and I don’t hear anything that qualifies as transcendent, All You Need Is Now is a very solid record and makes a strong case for Duran Duran as a viable artistic unit rather than a nostalgia act. 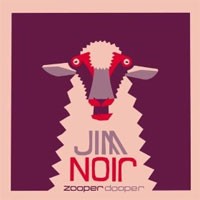 Jim Noir, Zooper Dooper — This came out late last year but I’m just now getting around to it. I’m a fan of Noir’s ultra-British neo-psychedelia, and so this six-track EP is just more a good thing for me. “Kitty Cat” is a bouncy, retro ditty featuring the kind of synthesizer sound heard on Stevie Wonder’s early-’70s albums.

The rest of Zooper Dooper is a continuation of Noir’s excellent self-titled album, minus the ambitious production. It’s lighthearted but never feels like a lazy throwaway. But most important of all, it’s fun and should tide fans over until Noir’s next proper long-player.