It’s just an extravaganza of music reviews on the Suit this week, no? Here’s three more we didn’t want to go without mentioning. 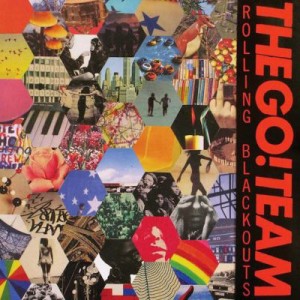 Wow, has it really been seven years since Thunder, Lightning, Strike came out? That hardly seems possible. The Go! Team did release an album between then and now, Proof of Youth, but it never even appeared on my radar. Luckily this album did, because I like it a lot. The opening track, “T.O.R.N.A.D.O.”, is a 20-megaton blast of what makes the Go! Team so fun — big beats, clever orchestration, and of course those cheerleader vocals.

The fun doesn’t really let up over the course of a baker’s dozen tracks. While a lesser outfit might be tempted to let the layered, dense arrangements do all the heavy lifting, it’s clear that here they are really just very good pop songs dressed in weird clothing. Credit must go to band visionary Ian Parton, who keeps his band’s gimmick from seeming gimmicky. If you can listen to meticulous but bubbly pop confections like “Apollo Throwdown,” “Ready to Go Steady,” or “Rolling Blackouts” without smiling or dancing in your seat, you may just be dead. — Chris Holmes 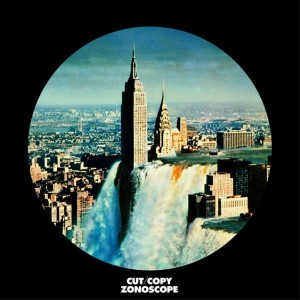 Cut Copy set a high standard for the New Wave revival going on with their stunning 2008 release, In Ghost Colours. So how could they possibly produce a follow-up that wouldn’t disappoint? Mostly by continuing to grow as a band and refusing to simply repeat their past success. This time around they are more conscious of pop music and give Dan Whitford’s lyrics a more prominent position in the mix. The bouncy “Where I’m Going,” for example, has just as much in common with the Beach Boys as it does with the Human League.

Zonoscope lacks the drop dead wow factor previously provided by tracks like “Hearts on Fire” or “Lights and Music,” but that doesn’t mean opener “Need You Now” is any any less catchy or “Alisa” is any less edgy. And while it may seem like they played it a little safe by focusing more on individual songs and less on the album as a concept, the 15-minute “Sun God” is a daring track that closes the album on a strong note. Overall this is another excellent release that promises to play even better in a few months as summery weather takes over. — Thom Slattery

I can’t help but be a little biased against Adele, or any other of the white, female, British soul singers who seem to be popping up all over the place the last decade. I feel like they all owe a huge debt to Dusty Springfield and I can’t quite move past that. But I know that’s not entirely fair of me, so I picked up Adele’s latest to hear how she stacked up against the queen. Vocally, she acquits herself pretty well. She seems to trade in the huskier style that propelled Amy Winehouse to stardom before she imploded. And in some places on 21, Adele has arrangements worthy of her talent. “Rolling in the Deep” was a wise choice for a first single, as it’s a prime example of great neo-soul.

The first half of 21 contains a batch of sparkling gems, namely the sassy “Rumour Has It,” the pretty ballad “Turning Tables,” and the slow burner “He Won’t Go.” But too much of the album is weighed down by generic arrangements that fail to effectively harness Adele’s obvious ability. It remains to be seen if Adele follows similar singers like Amy Winehouse and Duffy into obscurity or artistic free-fall, but 21 displays enough promise for me to hope that’s not the case. The world really could use another Dusty. — Chris Holmes