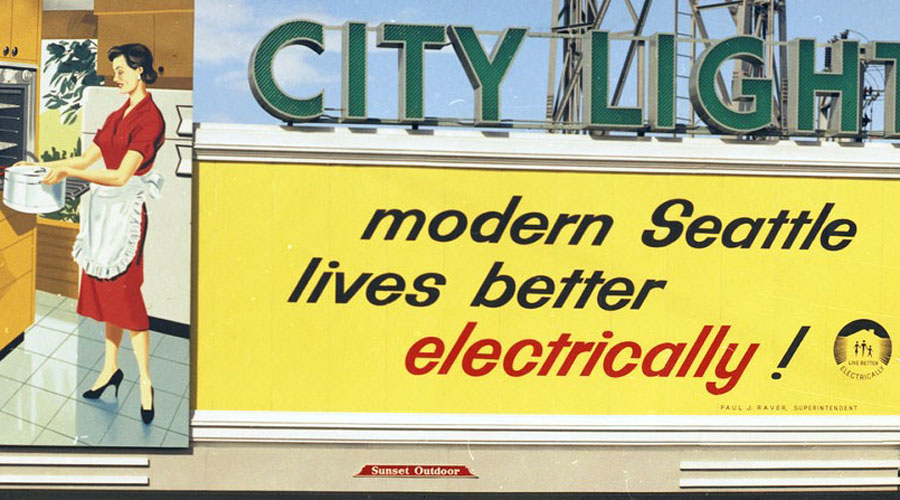 This beauty of a billboard for Seattle City Light was photographed in the late ’60s, and yet features a wonderful 1950s design. Click for a larger version.

I mean c’mon, that housewife illustration is right out of a 1950s ad from Life magazine is it not? I wonder how long that billboard had been standing when it was shot. I’m sure it’s too much to hope that it’s been preserved.