Although it was invented in 1967 by McDonald’s Uniontown, Pennsylvania franchise owner Jim Delligatti, the Big Mac didn’t enter the national consciousness until 1968. That was the year McDonald’s added the sandwich — originally dubbed the Blue Ribbon Burger and the Aristocrat — to its national menu.

In doing some quick research into how the Big Mac was marketed, I found what I believe to be the oldest national print advertisement for it. It ran in the March 14, 1969 issue of Life magazine and looked like this (click for a larger version): 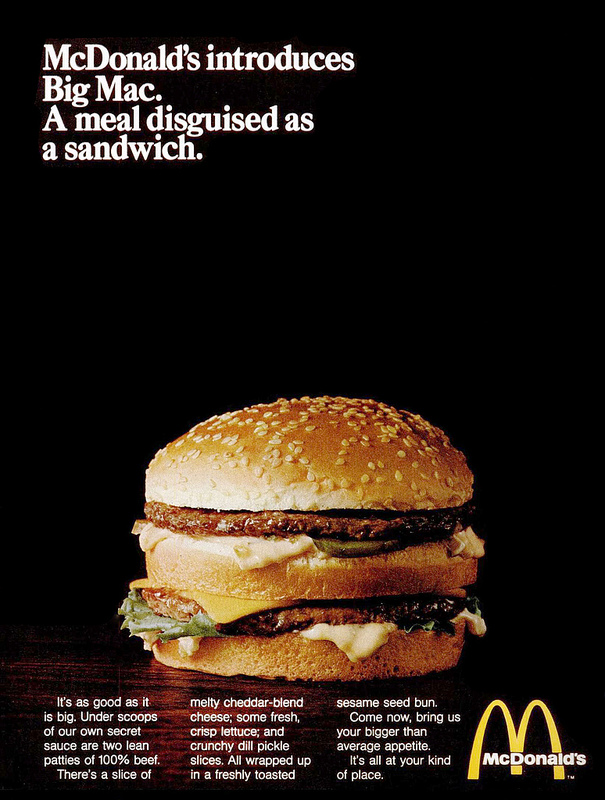 So unless someone has information that says otherwise, I consider this month to mark the 45th anniversary of Big Mac advertising in America. Here’s a TV ad that ran around the same time (the uploader says it’s from 1967 but I doubt it very much). Gotta love that crisp, fraish lettuce.

Unfortunately I can’t make out the copyright date on this ad, if there is one, so it’s possible that this does predate the print ad above. If anyone knows differently than what I’ve typed here, please let me know in the comments.