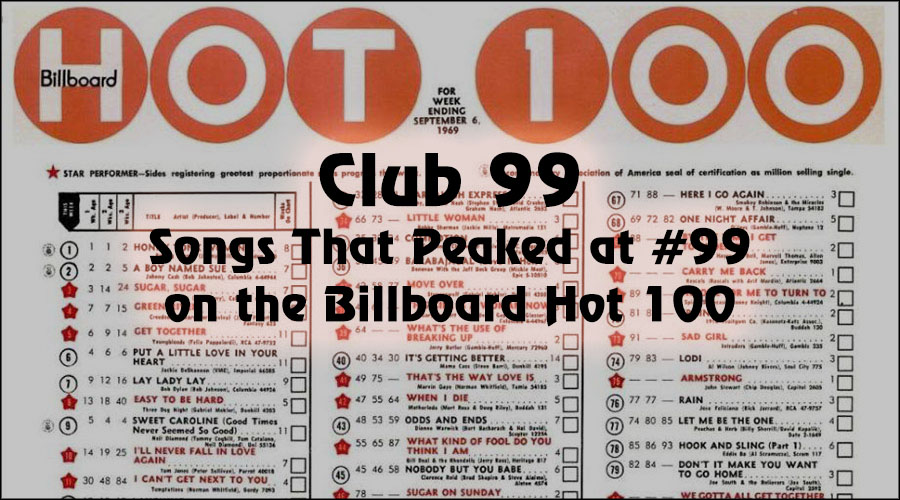 In Club 99, I look at songs that peaked at position #99 on the Billboard Hot 100 singles chart, and help to put them into context. Together we can decide if the song deserved more success or got too much.

I don’t know that this entry necessarily counts as a novelty song, but it sure sounds like one upon first listen. The problem with making that determination is that at this point in American music history, the definition of pop music was much broader and more inclusive than it is today. So I’ll let you listen and make that call yourself:

Any idea? Pop? Novelty? Traditional? A little of each? It’s fun no matter what you call it, albeit somewhat inconsequential. I tracked down a live performance of the song, and the dramatic stage production certainly adds some interest.

On to the details. “Pickle Up A Doodle” was released in America on the Coral label (b/w “The Rain Falls On Everybody”) and hit #99 on September 1, 1958. It was also included on her Heavenly Lover LP. My two main impressions from this song (written by Jeannie Joy) are that it sounds like something from a Rodgers & Hammerstein musical, and that Brewer sounds like a younger Dolly Parton.

Teresa Brewer was well-established as a successful singer by the time this was released in the summer of 1958, having already scored several Top 40 singles throughout the decade. However, while there were still a few more successful singles in Brewer’s future, her hit-making days were done within a few years. She charted her last Top 40 in 1960.

To hear other songs in Club 99, check out my Spotify playlist.

« Retrotisements: Back to School Edition, Part 2

The Countdown to Halloween 2017 Has Begun! »