And now for a little advertising history lesson…

The year was 1967, and the American Civil Rights Movement was at its zenith. After years of struggle to seek equality in the United States, African-Americans had won a series of stunning legal and moral victories. What they had not yet won, apparently, was the right to not be imitated by white people in advertising.

Let me set the stage first. Here’s an ad for Coca-Cola that ran in the August 18 issue of Life magazine:

OK, so what’s the problem you ask? Well, usually when a company wants to sell their product to different racial or ethnic groups, they use people from those groups. Like these Coke ads from black magazines in the same year: 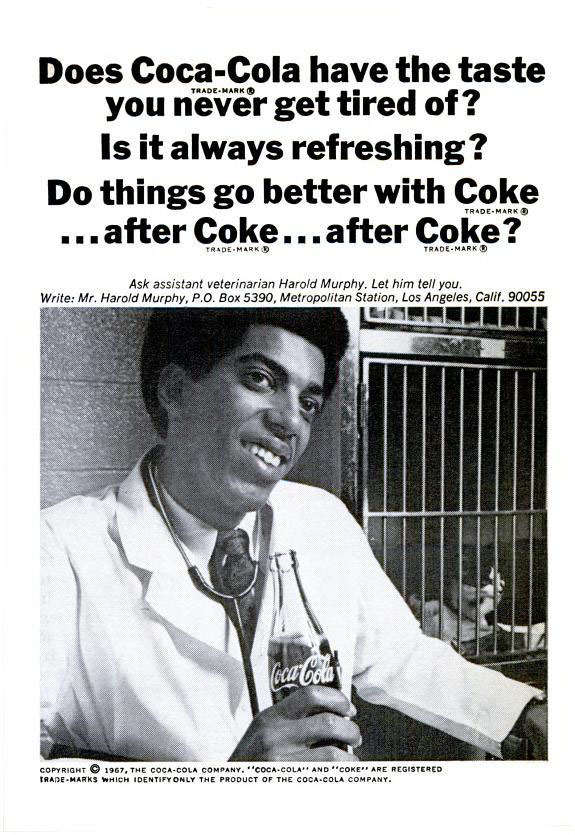 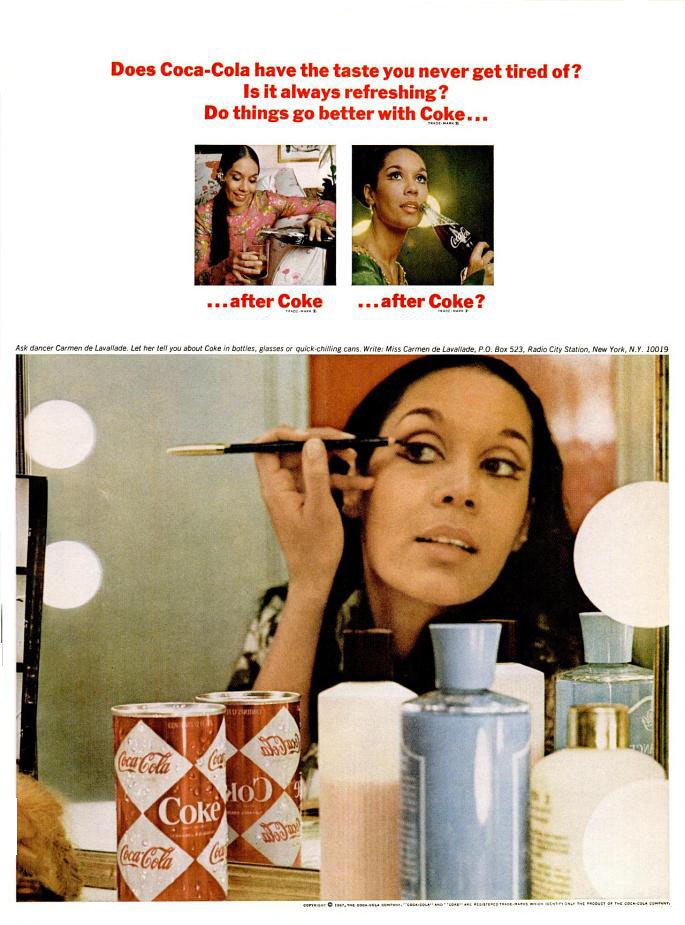 But apparently there was a severe shortage of African Americans with the ability to open pull tab cans in ’67, because Coca-Cola ran this ad in the August issue of Ebony magazine:

Notice anything familiar? You should, because that’s the exact same hand in both ads. Coke simply darkened through airbrushing (or whatever the 1960s equivalent of Photoshop was) the photo of the white hand to make it look black. Take a close look at the fingernails to be sure – they’re from exactly the same hand, unless two different people miraculously manicure their nails in the same fashion.

So was this just a harmless example of cost-cutting in Coke’s marketing department? Or did Coca-Cola just secretly hate black people? Well, far be it from me to wildly speculate, but I’m going to go with the hating black people thing. That seems plausible.