To commemorate my Facebook page passing 200 Likes, I’ve unveiling a new contest series! It’s pretty simple really — I’ve blanked some dialogue from a comic book panel and it’s up to one of you, my loyal fans, to write your own. I’d rather it be funny or clever in some way, so let’s keep it light. Here’s the first contest panel: 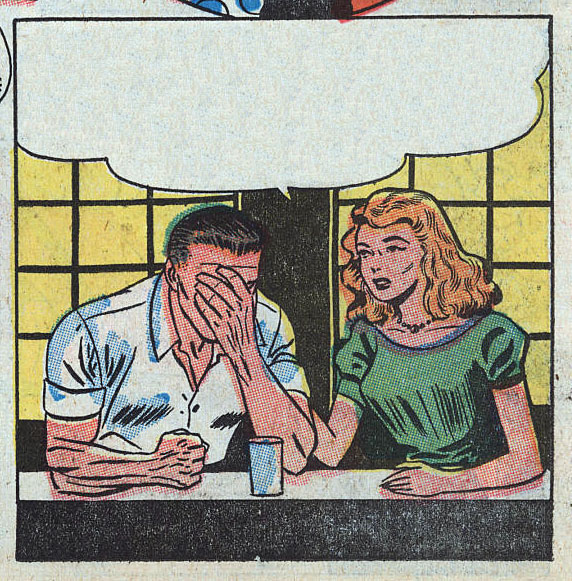 The fine print: I’ll judge the entries personally and announce a winner no later than 4pm Eastern on Friday, April 24. The winner receives a free .mp3! To enter your caption, just head over to the GFS Facebook Fan Page — click Like if you haven’t done so already — and show me what you got. Only one entry per person will be accepted, and you must be a fan of the Facebook page.