Coming Soon to Saturday Serials — King of the Rocket Men! 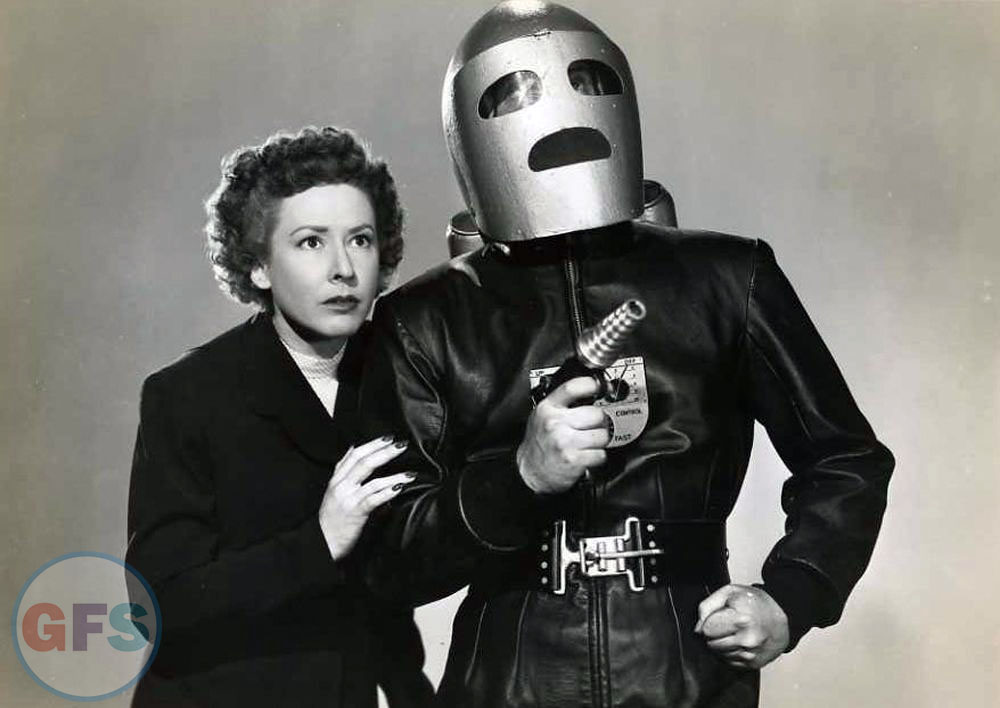 I hadn’t intended to take a seven-month break from my Saturday Serials posts, but that’s just the way it happens sometimes. But inspiration has struck and so very soon I’ll be bringing another classic movie serial your way. This one was released eight years after the Batman serial I brought you last summer. It’s King of the Rocket Men, released in the summer of 1949 by Republic Pictures. It stars Tristram Coffin as Jeff King, aka Rocket Man. It also co-stars Mae Clarke as Glenda Thomas. Check out the pair from this period publicity still:

So as you can see, ray guns and jet packs will be the order of the day with King of the Rocket Men. Join me here soon to get started on the action, won’t you? And in the meantime, you can catch up on all the chapters of the 1943 Batman serial here.