Commercials that don’t make me wretch 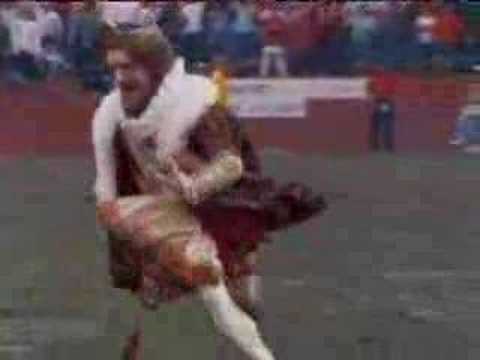 There is certainly no shortage of awful commercials out there these days.  At best, most television ads are instantly forgettable; at worst, they me diving for my remote like it’s the last slice of pizza.  But I want to focus on the positive today – commercials (or whole campaigns) that actually make me stop and watch, and in some cases are more entertaining than the shows they’re interrupting.

I’ve made no secret of my love for all things Kingly.  I know a lot of people are creeped out by the silent protagonist of Burger King’s ad campaigns, who was resurrected in 2003 by the ad firm of Crispin Porter + Bogusky.  Well too bad, because I love him and apparently so do many others.  He’s appeared in multiple campaigns, and was most recently converted to a breakfast-serving robot (King 3000).  He even stars in a trilogy of video games.  Oh yeah, and the man can scramble like nobody’s business:

Oh, and here’s a history lesson for those who still think the current King is too disturbing.  If you can make it through the whole minute you are a stronger person than I.

I wasn’t a big fan of the “Feast” campaign when it started, but over time I have grown to love it.  Basically, each commercial features one or more people from various points in world history all enjoying the chocolate and peanutty goodness of Snickers.  The first commercial was amusing but a bit over the top.  My favorites feature a more subtle brand of humor.  To wit:

I hesitated to include this campaign, not because it isn’t great but because I had thought that the spectacular flame-out of the ill-conceived Cavemen sitcom would spell the end of the commercials.  Luckily I may have been wrong. First, a quick recap of most of this brilliant campaign (which also extends to the internet via the Caveman’s Crib website):

For those who missed it, a new commercial aired during Super Bowl XLII, and it sure looks like an apology of sorts for the show to me:

I don’t know if Sonic’s current campaign has a name, so let’s just refer to it as People Eating Sonic Food (PESF).  These ads are all about people busting each others’ balls, which is a concept I can totally get behind.  One series features Peter Grosz and T.J. Jagodowski, a pair of improv performers.  Here’s a sample of their work:

Another series (my preference) features a presumably married couple, whose names I don’t know.  I had never seen the following ad until today, but it’s vaulted to the top of my list:

They’ve got Shatner – what else do you need?

Back in the New York Groove »

2 thoughts on “Commercials that don’t make me wretch”