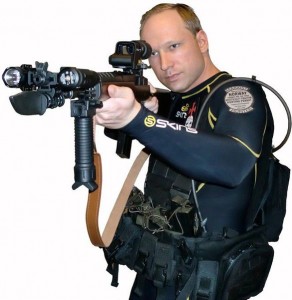 I debated with myself over the weekend on whether to publish my opinion piece regarding the recent terrorist attacks in Norway on this site or another. I ultimately decided to publish it on Popdose in an effort to stick to my mission of keeping things fairly light on this site. So for those interested in reading my thoughts on what went down in Oslo and Utøya last week, you can do so on Popdose.

I will say this much here with regards to Anders Breivik and the atrocities he reportedly committed on July 22 — he provided all of us with yet another stark reminder that hatred manifests itself in many forms, and as soon as we think we know what they look like we’re proven sadly wrong. If someone who looked like Breivik boarded an airplane and sat next to you, you probably wouldn’t even think twice about it. Nor would he have been pulled aside by TSA agents for extra screening.

And yet he is now the man behind the deadliest attack in Norway since World War II.