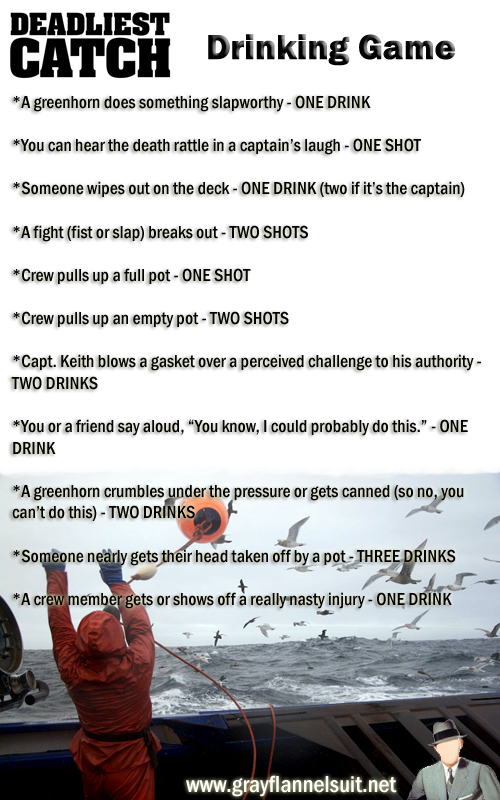 My friends, there is only one acceptable situation in which you can sing out loud to Bon Jovi’s 1987 hit “Wanted Dead or Alive” and not be seen as a total dork – and that situation is during the opening credits to Deadliest Catch, one of the finest programs on television.  That same show returns to the Discovery Channel (in the U.S.) for a fifth season starting April 14.  I have an extra reason to look forward to the exploits of the Hansen, Hillstrand, and Harris clans this time (as well as others whose names don’t start with an h) – HDTV!

But if 1080 lines of Bering Sea action aren’t enough to get you into the show, you can always introduce alcohol into the equation.  Because that always makes everything better.  Longtime fans will be familiar with the scenarios on my little drinking game, but even greenhorns can get in on the fun!

« In Concert: The Week That Was