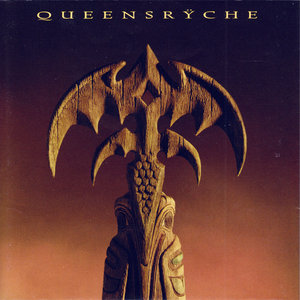 There are times in your life when an album comes along and hits you with a concrete fist. Maybe the material is just that good, or maybe the timing is just that perfect. And sometimes it’s both. So it was with me and Promised Land, Queensrÿche’s fifth and greatest full-length studio release.

Promised Land was released in October 1994, the same autumn I started college in a strange and faraway land — Vermont. Having left not only the town I grew up in but my sequestered suburban adolescence behind, I had a rather difficult time emotionally.

Surrounded my nothing but mountains and farms, I had ample opportunity to ponder my life and my inadequacies. The word regret entered my vocabulary for the first time. Looking back on that period now I’m certain I ran headlong into a bout of depression for at least a year.

I was not yet 19 when I eagerly purchased Promised Land, having been a devoted Queensrÿche fan for about six or seven years. But the glossy, commercial hard rock of 1990’s Empire left me ill-prepared for its dark, introspective, and turbulent follow-up.

Some fans scoff at Promised Land and complain that it’s not heavy enough. What they miss is that heaviness isn’t only about how loud your guitars and drums are. There’s a psychological heft to this music that to me makes it their heaviest stuff ever. After a rather creepy mood piece (“9:28 a.m.”) opens the record, the one-two punch of “I Am I” and “Damaged” arrives. This is music that should be measured not in decibels but in kilotons. The effect of the two songs flowing in each other has to be heard in the context of the album, but here are two separate clips just to give you an idea.

I don’t think I need to say any more in defense of Promised Land‘s “heaviness,” so now I want to talk about its lyrical power.

That word regret dominates Promised Land as a theme, and as I listened I felt as if the album was written about and for me. The centerpiece of the record, the eight-minute title track, was basically my theme song for several months.

“Standing neck deep in life / my ring of brass lay rusting on the floor. / Is this all? / Because it’s not what I expected.”

Whatever personal pain and tragedy inspired the band to write lyrics like that, it connected with me on a very visceral level. And coupled with a sonic palette of jarring percussion, swirling and stabbing guitars, and emotionally raw vocals from Geoff Tate, the combination floored me.

But it’s not all pain in the abstract sense. Right before “Promised Land” comes “Bridge,” Chris DeGarmo’s account of his ruined relationship with his father (who died during the recording sessions for the album). Let’s just say that the theme of missed opportunities with a parent resonated with me pretty strongly, and are in my mind constantly as I raise my own son.

The final two tracks on Promised Land are starkly different in terms of arrangement, but are nonetheless complementary. “One More Time” shifts from regret to desperation, as the subject — maybe he’s dying, maybe just getting old, but either way it doesn’t matter — pleads for one last chance to make things right. It’s emotional dynamite and one of Tate’s finest moments as a vocalist.

And then, just like that, the bombast melts away and it’s just Tate’s voice and DeGarmo’s piano on “Someone Else?” While there is a hint of optimism at long last, it’s a perfectly somber way to end the album. (Queensrÿche later released a version of “Someone Else?” with the full band playing, but it somehow lacks the same punch.)

“They used to say I was nowhere, man / heading down was my destiny / But yesterday, I swear / that was someone else not me.”

I finally got the chance to see Queensrÿche in concert in 1997 during their abbreviated tour for Hear in the Now Frontier. I even joined the fan club just for a chance to meet the band and have them sign something before the show. I seized the opportunity to bring my CD copy of Promised Land, and I made sure to tell each of the members how much it meant to me.

Nearly 20 years later, it still means so much.

« You know who knows how to party? White people.