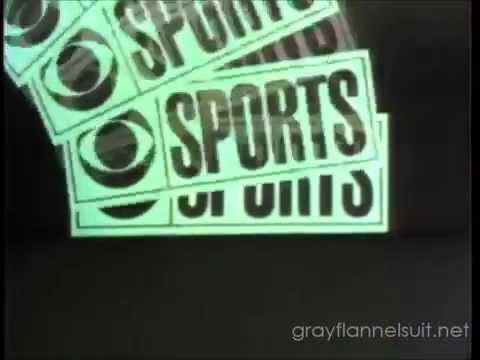 The 2015 NFL season is still about three months away, so pigskin junkies have to do all we can to keep the fires stoked. To that end, here’s a little gem from the pre-merger days that I hope you’ll all enjoy.

This is the opening theme/bumper to The NFL Today on CBS, as used during at least the 1969 NFL season. This particular version aired during the NFL Championship between the Cleveland Browns and Minnesota Vikings, played on January 4, 1970. Let’s all soak this in:

This has just about everything a fan of old-school NFL could want. Those tasty late-’60s era team logos, the crude (by our modern standards) TV graphics, and that unmistakable martial music that made you want to strap a helmet on and go hit someone. And all narrated by Don Criqui.

Simply glorious. And if you want more of that game broadcast, by all means check it out on YouTube while you can.

What City and State Has Lost the Most Sports Teams? »