Sometimes, my friends, fate smiles upon you. Such was the case for me recently when I stumbled upon a series of 1980s Star Trek illustrations in chalk pastel, some of which I will now share with you. Credit for these goes to artist Doug Little, who apparently produced these for commemorative posters around the time of Star Trek II: The Wrath of Khan. 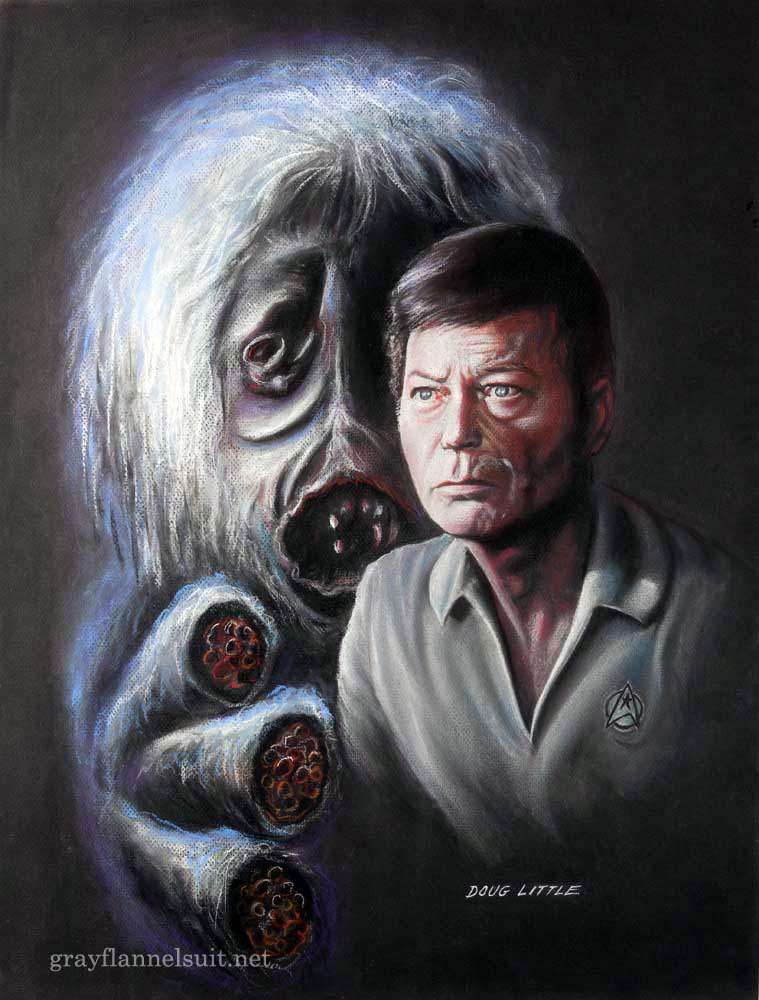 Awww. Posing for the sweetest prom photo I’ve ever seen are Dr. McCoy and the salt creature from the Star Trek: The Original Series episode “The Man Trap.”

Yes, this is Khan and Gonzo. And Gonzo is holding a yo-yo that actually says, “Khan Is a Yo-Yo.” Let that seep for a few minutes. 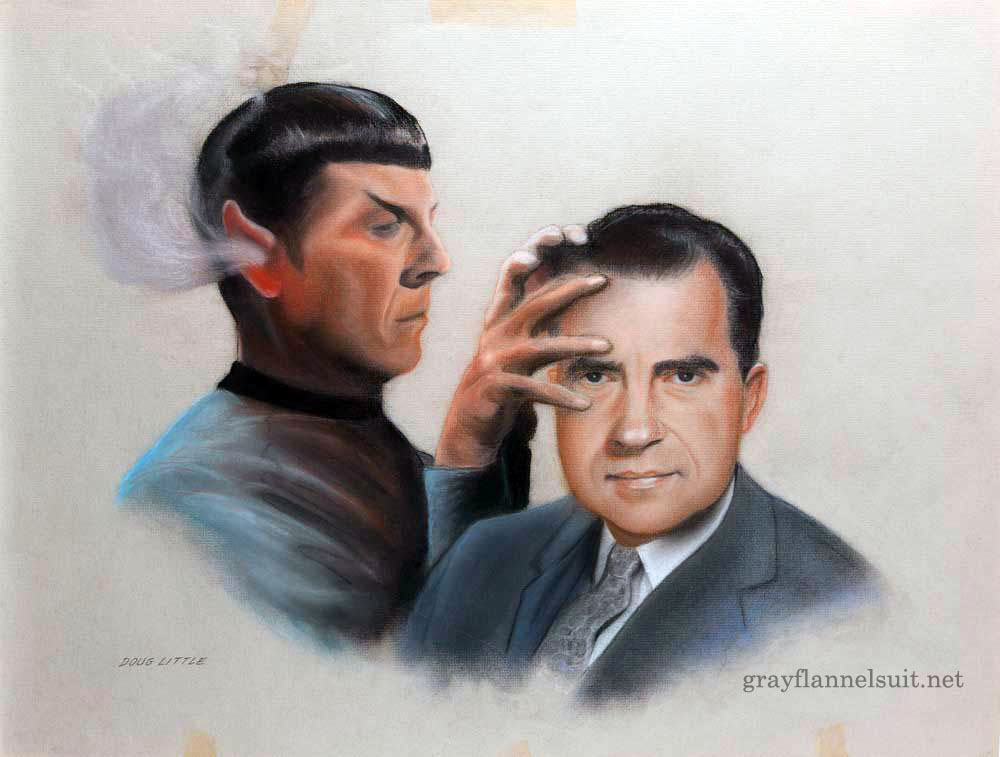 Of course! All we had to do to figure out what was on the missing segment of the Watergate tapes was to get Spock to do the mind-meld on Richard Nixon. Who needs to bother with a pesky Congressional subpoena?

Fear not, Republicans, because the GOP is redeemed thanks to the Great Communicator. Ronald Reagan looks strangely right in his Federation uniform. He’s just pretending to not see the Klingon giving him the stink-eye. 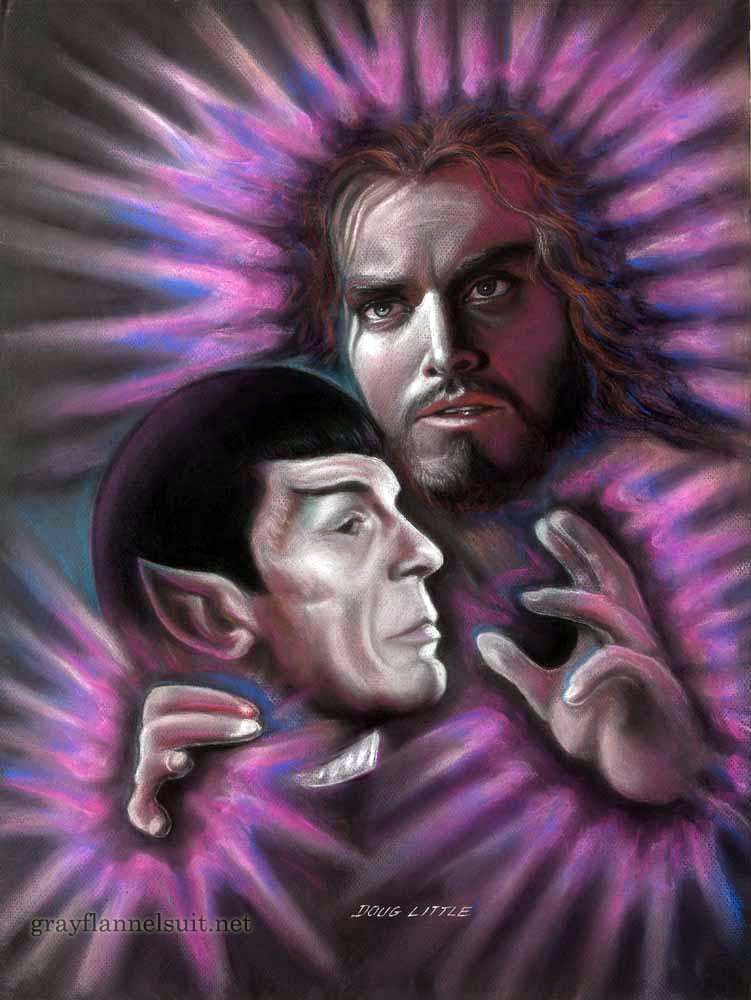 OK, so this actually makes a little sense. Yes, this is Spock with Jesus. But it’s actually Jeffrey Hunter, who played both Capt. Christopher Pike in the Star Trek pilot episode and Jesus Christ in the King of Kings movie. See? Total sense.

Hmmm. You know, I think I could throw my support behind a Khan/Vader ticket. I’m not in favor of their Kirk-killing policy, but I do like their planet-exploding policy. 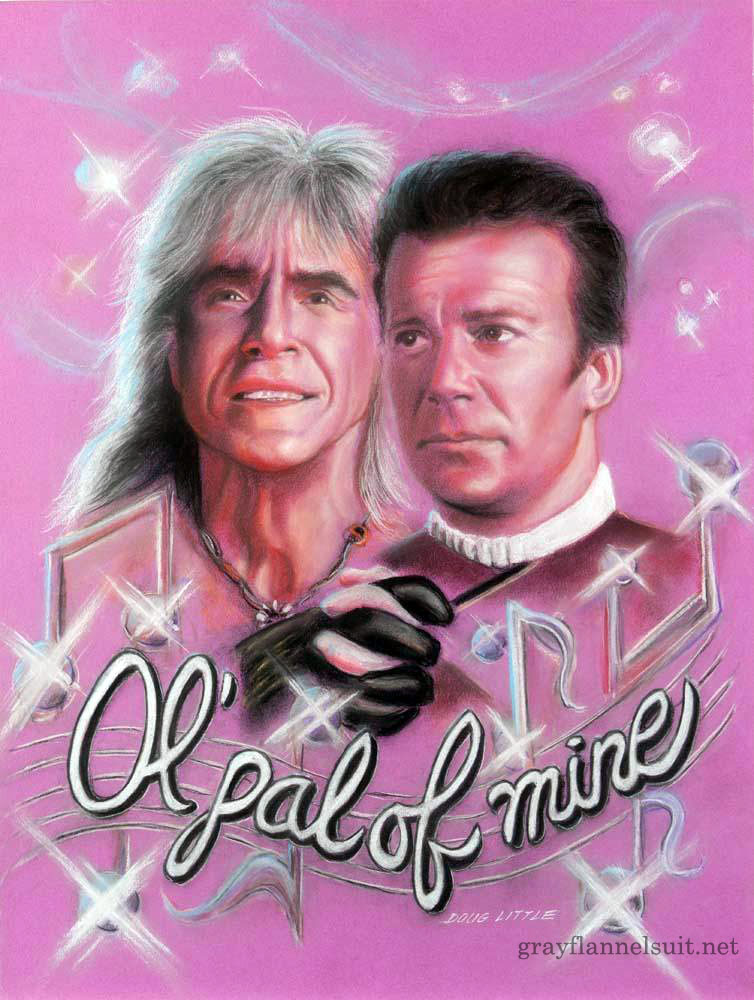 And there it is. Totally innocent I assure you. I mean sure, the background is pink and Kirk and Khan are holding hands but… oh.