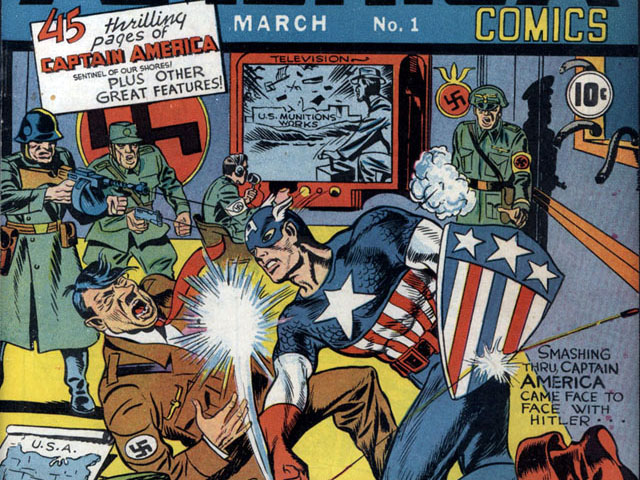 In modern times, comic book superheroes tend to view armed conflict with a healthy dose of skepticism regardless of which side they’re on. But that wasn’t the case during World War II, when costumed do-gooders from Superman all the way down to the lowliest nobody of a crime fighter eagerly signed up to wallop the Axis powers on behalf of Uncle Sam. And hey, if they had to deal in period racism to get the job done, who were we to question that?

So just in time for Memorial Day, here’s a gallery of vintage WWII-era Golden Age comic book covers showing our heroes fighting the Nazis and the Japanese on behalf of Uncle Sam. Many of these images were sourced from the excellent Digital Comic Museum — check ’em out!