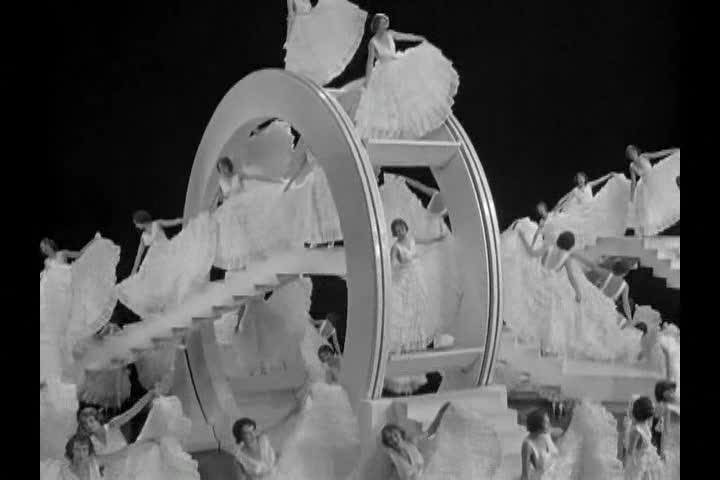 I have made no secret of the fact that I don’t care for movie musicals. But I think what I’m discovering over the years is that there’s a certain type of musical I don’t like. I can’t put my finger on it yet, but there has to be some sort of connection between the musicals I do like — Chicago, Singin’ in the Rain, and now Dames. 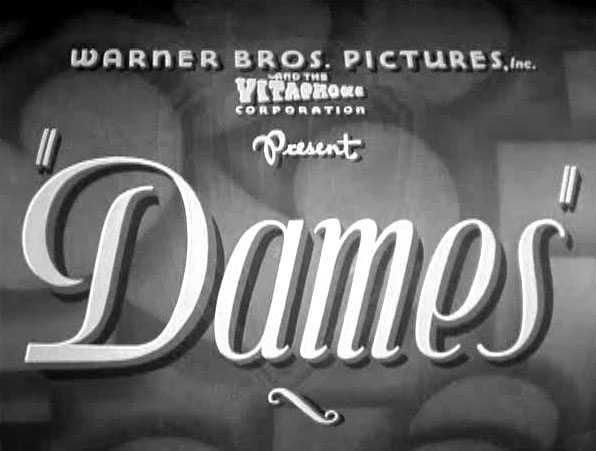 I came across Dames (Warner Bros., 1934) while researching a piece of Popdose on the Flamingos’ version of “I Only Have Eyes for You.” Turns out that the song — composed by Harry Warren and Al Dubin — was introduced in Dames as one of the film’s showpiece musical numbers. And man, what a showpiece it is! More on that in a bit.

Let’s first talk about what Dames isn’t. It’s not uproariously funny, but it is rather goofy in a quaint way. It doesn’t tell a great story, but rather throws out a series of caricatures and a paper-thin plot, all of which serves little purpose other than to round out the first two acts. It also doesn’t contain great acting, most especially with co-star Joan Blondell, who more than once put me in mind of one of Kristen Wiig’s scenery-chewing Broadway wannabe characters from Saturday Night Live.

So what does this movie offer viewers almost eight full decades after its release? Well for one, some of the performances are quite good. Dick Powell (Jimmy Higgens) is charismatic and easygoing in a nice, non-smarmy way, and he sure can sing a mean tune. His love interest and 13th cousin in the film (Barbara Hemingway, is played by Ruby Keeler with just the right mix of innocent charm and sass. Although the scene where Barbara proclaims, “I don’t care what either of you say. I’m free, white and 21. I love to dance and I’m going to dance” is a little uncomfortable to watch in 2013.

I also enjoyed Guy Kibbee as Horace Hemingway, Barbara’s befuddled father. He reminds me of William Frawley without the rough edges, and really pulls off the whole put-upon sad sack  quite deftly.

And while Dames isn’t masterfully directed or acted, there are some nice touches worth pointing out. There’s a wide shot early in the film, as Powell serenades Keeler by a pond, that I quite like. 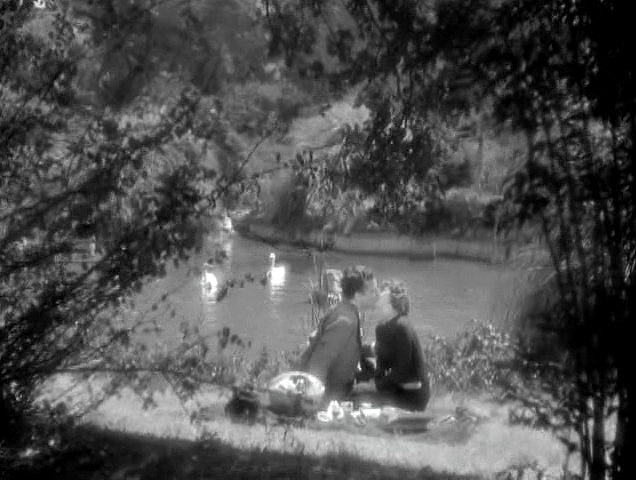 Then there are the period touches that most likely no one gave any mind to back then, but jump out at me now. My favorite is this exterior shot of the Manhattan School of the Dance (I guess in the ’30s there was only one kind?): 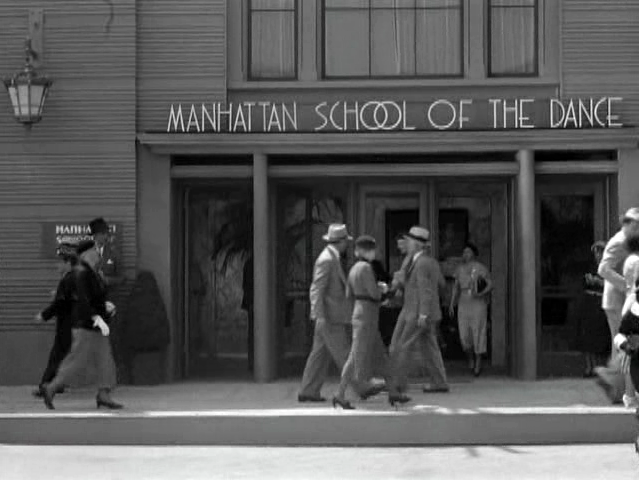 God I love this so much. The one touch of a sweet Art Deco sign can elevate an otherwise nondescript building, don’t you think?

OK, I’ve danced around it long enough (ha ha). More than anything else, the real reason I like this movie is the third act. It’s when the gossamer-thin plot is done away with, our patience is rewarded, and we get to Sweet and Hot, the musical that Jimmy Higgens has been trying to put on for the whole movie. Oh, and this is where legendary choreographer Busby Berkeley steps in.

The first number, “The Girl at the Ironing Board,” is cute and understated. The dancing underwear is a gas. It’s just too bad that while Joan Blondell is a real looker, she can’t carry a tune in a bucket.

OK, so maybe you’re not too impressed. Just watch this and you will be. And maybe a little freaked out.

Surely you recognize the timeless melody of “I Only Have Eyes for You,” right? And what else can I say about the dancing and set design that hasn’t been said countless times? I was blown away watching this on my TV, so I can only imagine what audiences thought in 1934.

Yes, the giant Ruby Keeler heads are a bit disconcerting, but they just work somehow. There are too many brilliant artistic touches to mention, but my favorites are when Keeler rises up from the dilated eye and when the row of dancers transforms into the mirror.

Great stuff. And now for the last number, “Dames.”

While this lacks the musical drama of the prior number, it’s got more clever wordplay and singing. This is definitely the more 1930s of the two songs, if you catch my meaning. But the dancing, set pieces and visual style are on par in every way. In fact they’re superior in some ways, particularly in Berkeley’s famed use of dancers to form vast geometric shapes.

I’m as jaded a movie watcher as you’ll find, and I was so impressed by the last third of Dames that I had this big goofy grin on my face the whole time. If you want to be goofy like me, watch it. And do yourself a favor and get the movie for home viewing — don’t be limited by these inadequate YouTube clips.

– The credit scroll in the opening is neat. That’s seriously old school.

– Hugh Herbert plays a character named Ezra Ounce, an eccentric and morally ambiguous millionaire. Surely this is a reference to Ezra Pound, right?

– Among the goofy bits I mentioned earlier are the recurring gag with the narcoleptic bodyguard and the extended hiccup bit, the latter of which went on way too long.

– I’m guessing that the Golden Elixir Ounce drinks — which is 50% alcohol — is more than a coincidence. Prohibition had been repealed for less than a year at the time and I’m sure it was fresh on everyone’s minds.

– That’s quite a parade of hats in the “Dames” musical number.

– You would not ever see the joke with the blind man checking out the parade of pretty women in a mainstream film today.

– It seems that film technology had not yet caught up with the ambition of some directors or cinematographers. There were more than a few closeup shots that were blurry.

– The Hays Code, which clamped down on a great deal of things in movies, was finally being strictly enforced by the time Dames was released. I caught more than a few oblique references to it, and to the hypocrisy behind it.

Check Out This Sweet Batman Batcycle Go-Cart from the 1960s »