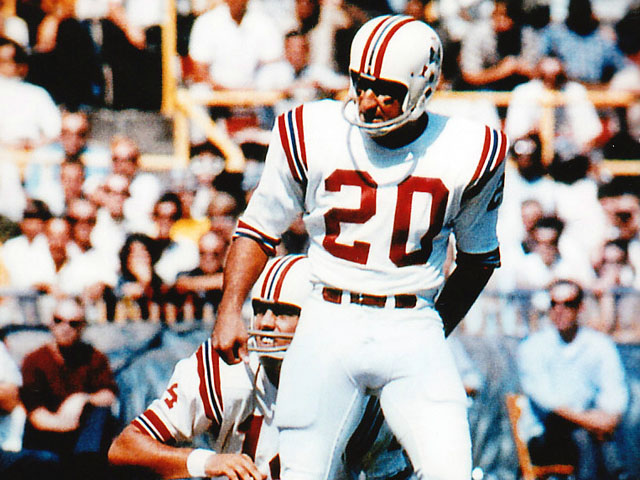 It’s been awhile since my last Football Friday post, but with the preseason inching ever closer it’s time to get back into the swing of things. So here’s a cool photo I came across this week of American Football League legend Gino Cappelletti, Boston Patriots receiver/kicker. Gino was truly a double threat, and led the league in scoring for four of its ten seasons. He also took home AFL MVP honors after the 1964 season.

Cappelletti is one of seven Boston/New England Patriots to have his jersey number retired by the team. 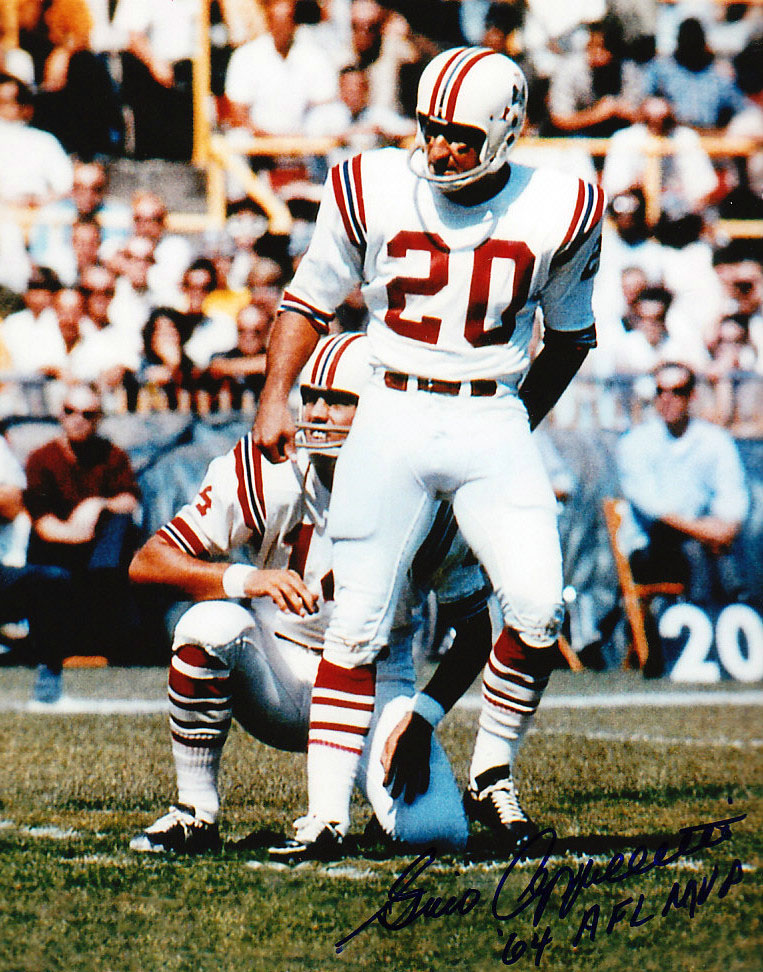 Oh yeah, let’s not forget to take a second and admire those sweet, vintage Patriots uniforms.