Sales of digital music boomed in the first half of 2005, compared to the same period in 2004. Meanwhile, sales of physical product (CDs, DVDs, etc.) slipped. Many are already hailing this as a sign of things to come. I wouldn’t go as far as that, considering that even with the surge, digital music still only accounts for 6% of all music sold legally. Hybrid cars have gained a lot too in the last year, but I wouldn’t bet the farm on people giving up their dino-mobiles anytime soon. Still, this does point out two trends in music – one good, one bad.

This is good because it shows (perhaps) that record companies are finally wising up and actually offering people what they want. Music that is both cheap and easy to access. Of course, it took years of getting bled by file sharing services like Napster and Kazaa for this to actually come to fruition. But at least it is. Let’s face it, most of us are not teenagers with tons of disposable cash to blow on the latest aural crapfests by Ashlee Simpson or 50 Cent. Since I actually have a mortgage and a car payment, I have to be much more careful about where my music dollar goes. That’s why I used file sharing groups when they were reasonable (take that, RIAA!), and now use newsgroups. I get to download more music than I can handle, and if something really catches my fancy I do buy it (on CD if it’s good, on vinyl if it’s REALLY good and still available). When people no longer have to hunt for songs, or can buy the ONE song on an album that is actually any good, this is good news for the listener.

On a sadder note, this is another step in the continuing devaluation of music as an art form (Ashlee Simpson and 50 Cent excluded). The rise of CDs (and the resultant near-death of vinyl) seemed like a great thing to many at first. No longer did we have to worry about storage space for those “˜giant’ records, or about records becoming useless after just one scratch. But the thing is, CDs turned out to be not so convenient after all. They are plenty susceptible to damage, and most CD players are now made to be as durable as prepaid cell phones. It used to be (yes, this is one of those speeches) that if you wanted a song you went to the record store and bought the 45 or the CD single. In addition to owning the song, you owned a physical copy of that song. It was real, it was tangible. It meant something. Now you can get songs just by picking the right bottle of Pepsi and entering in a code. Songs are no longer things to be enjoyed in and of themselves. They are merely vehicles to sell more soda, cars or movie tickets. Music is now only worth the effort it takes to push a button to acquire it. Once you’re bored with it, into the Recycle Bin it goes. So much for the listening experience. 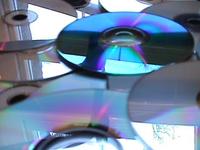 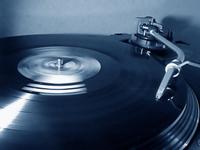 
And don’t even get me started on sound quality. CDs were put onto the market too quickly, and the consumer ultimately suffered for it. To all but the most casual of listeners, it is easy to tell the difference in sound quality between a record and a CD. This is why we get stuck with multiple versions of the same album – the vinyl (if it was old enough), the original CD, the remastered CD, the deluxe remastered CD, the deluxe remastered CD with bonus tracks, the SACD, the DVD-A and so on. CDs used to come with a standard message stating that as long as you took care of it, the CD would provide you with a lifetime of listening enjoyment. Apparently “˜lifetime’ means 6 or 7 years, which is when the next edition comes out.

iPod – Tool of Satan (also I want one)

Now we don’t even have to worry about CDs. Entire record collections can fit onto a piece of silicon the size of your finger. Music is no longer something to be acquired and experienced. It’s just another file. And as long as you don’t mind that those files sound like garbage, I guess that’s cool. I know most people don’t care, and I’m just in the persnickety minority.

So to sum up – everything I don’t like stinks. Happy October!

“Boys Beware,” or The Courtship of Jimmy Barnes »