I’ve been listening to A Different Kind of Truth regularly since it came out. Despite being an excellent album, I still read a lot of griping from Van Halen fans about how it’s not really Van Halen because Michael Anthony’s not there. I can see where they’re coming from, but I think that’s stretching things a bit.

But really, people have been arguing about Van Halen for years. If it’s not Michael Anthony, it’s the vocalists. So I decided to go through the Van Halen catalog and perform a scientific analysis of their sound. I wanted to know — what really makes Van Halen tick? What, more than anything else, really makes a Van Halen record sound like Van Halen?

So here it is, the definitive answer to the question — What makes Van Halen great? 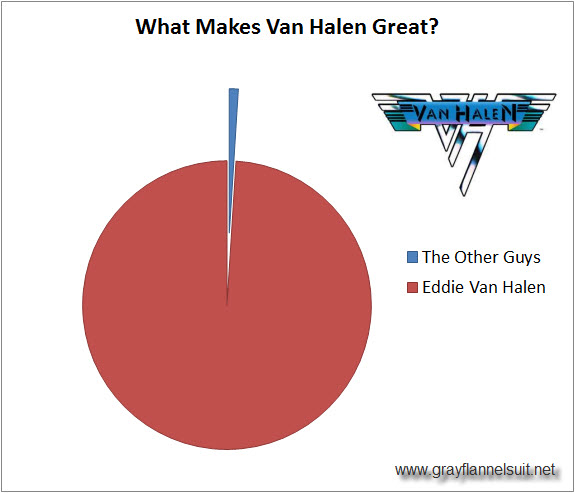 Granted, I may be off by one or two percentage points.