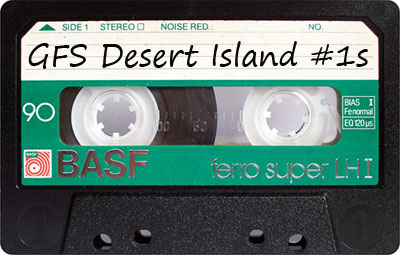 I’m not sure what the origin of the whole “desert island” thing is when referring to music, movies, and other stuff you really like. Why not a tropical island? That one Tom Hanks got stuck on in Cast Away seemed pretty nice, didn’t it?

Oh right, the point. So apropos of nothing, I recently participated in a fantasy draft on a favorite message board of mine. But instead of drafting a sports team, we picked from a list of every song that has ever reached #1 on the Billboard Hot 100 chart, now in its 50th year. The only catch was that each team had to select at least two songs from each decade (’58 – ’69 was lumped together). That made things interesting, because the pickings for truly good #1 songs started to get real slim starting in the 1990s.

Overall I’m pleased with my team, which is as follows (in order of selection):

I think if I had to be stuck on a desert island with only these songs, I might be able to stave off insanity for at least a few years.