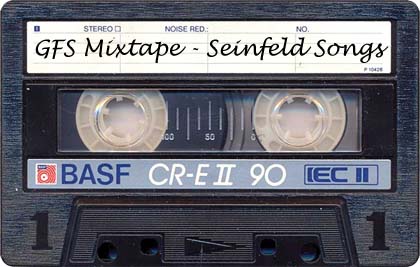 These days it’s commonplace for music to function as an integral part of a television show; think Grey’s Anatomy, Smallville or Dawson’s Creek. With Seinfeld, not so much. Nevertheless, there are more than a few classic moments during the series that can be called to mind with just a few notes. With that in mind I give you the Seinfeld Songs Mixtape.

The following songs were played on at least one episode of Seinfeld, which started featuring much more non-original music during its last few seasons. There are numerous instances of songs being sung by characters on the show, but unless at least a small clip of the song was played or performed, they don’t qualify for my mixtape.

And the idiot of the week is… »