I find images and illustrations from World War I to be more frightening on average than almost anything — the Holocaust excepted — from World War II. There’s something morbidly fascinating about the weaponry used in that conflict. It certainly was new and cutting edge for its time, but looks curiously antique now.

It gives drawings like this one from the July 1915 issue of Popular Mechanics all the more sinister. It showcases a German soldier wearing an oil tank with a mask and goggles, which can all be used for just one thing: shooting liquefied fire at his enemies.

And just to complete the look, he’s got a service pistol at the ready. 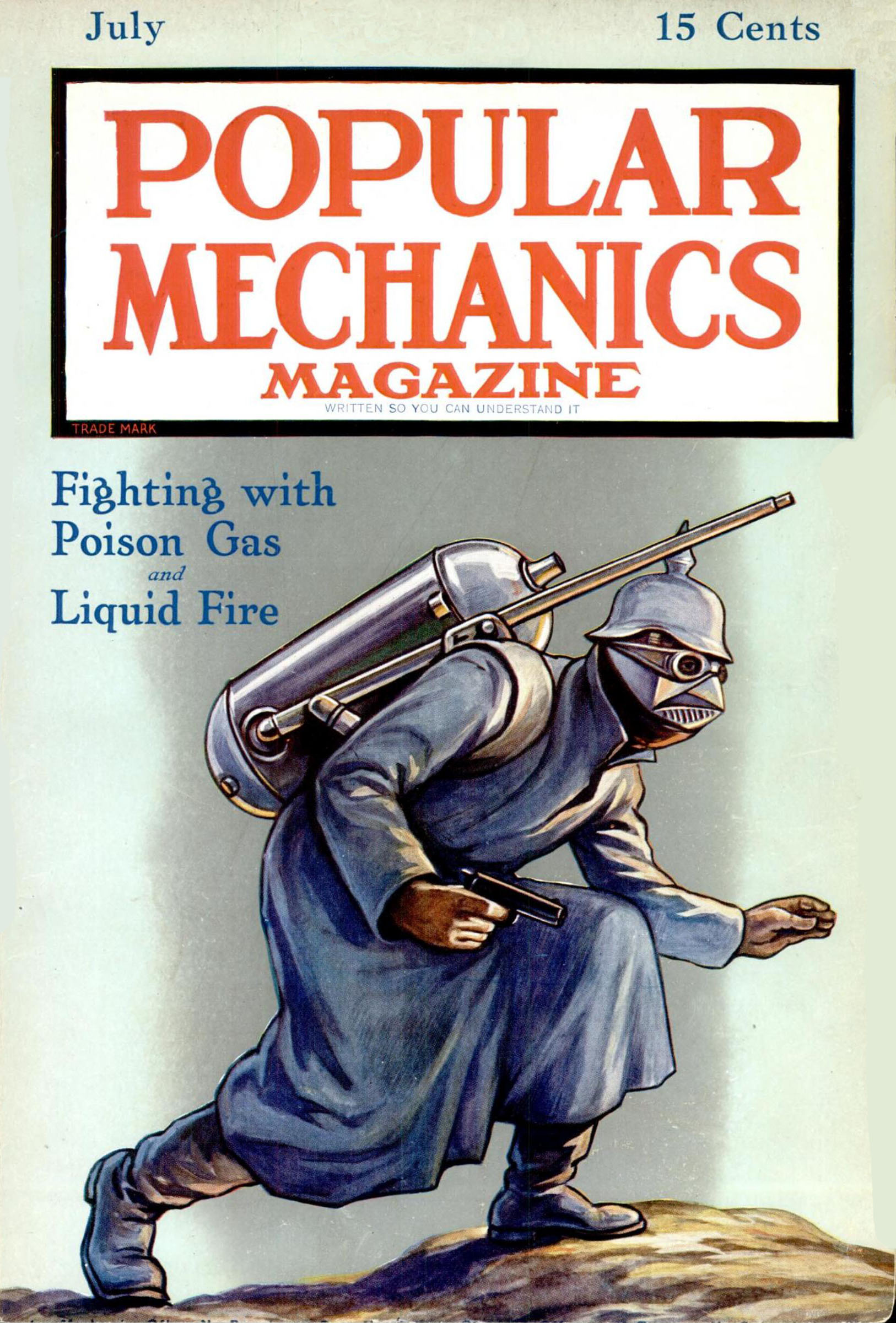 This sort of military ensemble would probably be called steampunk now, if it weren’t so cruel in its very design. I suppose I shouldn’t be surprised to know that someone wrote an entire book on German flamethrowers of WWI.