As originally seen on UniWatch, here’s a very cool photo of Joe Namath in a New York Jets uniform. It’s notable for a few reasons, which I’ll get into shortly.

What makes this interesting is that Broadway Joe is wearing a helmet with an altered version the mostly white Jets logo that was used for the 1964 season only, but didn’t play his first game for New York until 1965. By that time the team had adopted a helmet logo that was essentially the same but with the colors reversed. Here’s a replica of that version: 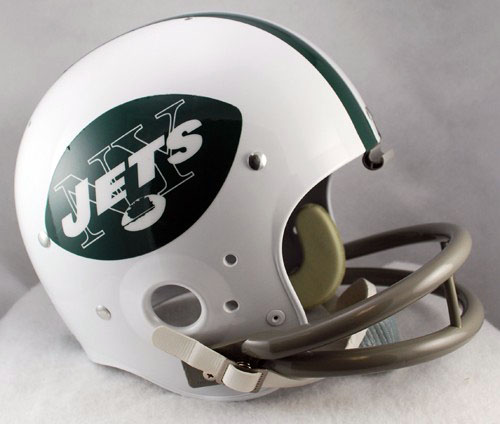 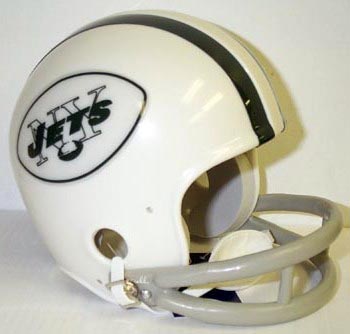 So based on the Namath pic, it looks like the helmet he wore for that shoot is a prototype of some sort. Perhaps the team had already decided to move in a new direction for ’65? Makes sense, considering what a landmark signing Namath was. Or perhaps all they had was a blank white helmet and had to improvise a logo?

The world may never know. Either way, it’s a unique piece of history for fans of Namath, the Jets, or the AFL.

And Through the Wire — A Single-Topic Tumblr »