How to Spot the Different Teen-Types, by Modess

I’ve been having a ton of fun browsing through some collections of Golden Age comic books I downloaded recently. I’ve been uploading some of the images that strike me as most interesting on my Tumblr and Facebook pages, but I had to share this one here. It’s an ad for a book called “Growing Up and Liking It,” and it appeared in issue #28 (December 1952) of Teen-Age Romances. 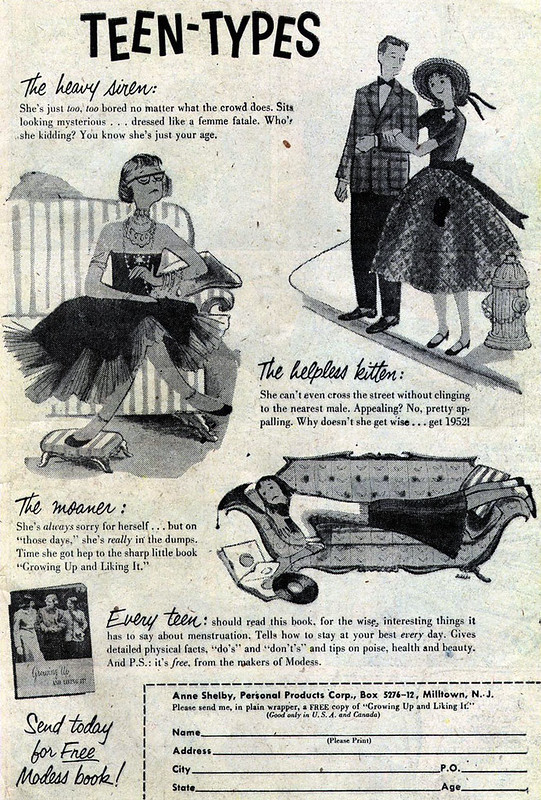 In case the message wasn’t clear enough, this ad is aimed at teen girls having “issues” with their period. Modess, in case you didn’t know, is a maker of feminine products (aka sanitary napkins) that started in the 1920s as a division of Johnson & Johnson. Their big slogan around this time was “Modess… Because.”

Anyway, for those who don’t already know, there are tons more ads like these on Retrotisements. So what are you waiting for? Get wise… get 1952!