There sure was. It came out on the Kid Stuff label in 1982 (KSS-5031), and was one of three Atari cash-ins for the label. The other two were Asteroids and Yars’ Revenge. According to the back cover, the story goes like this:

The planet Zardon is under attack! Only the brave men and women of the Missile Command can destroy endless waves of Krytolian missiles. Join the Command Team and help defend the universe as you fight back in Atari’s Missile Command!

Gripping, ain’t it?! Here’s a clip from the record — featuring some of the finest acting I’ve ever heard on a video game album — and the cover art, if you still doubt me. 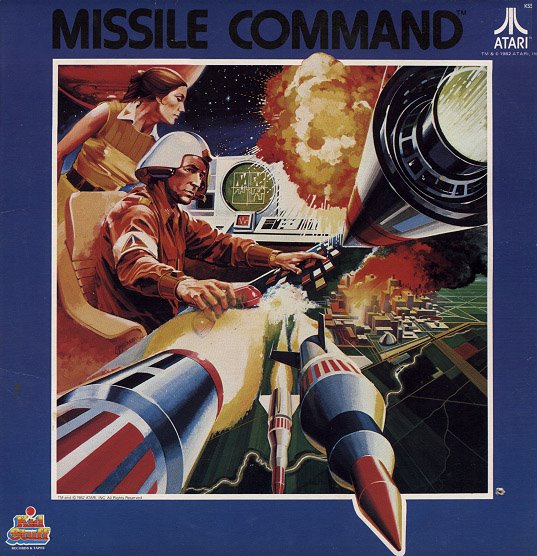 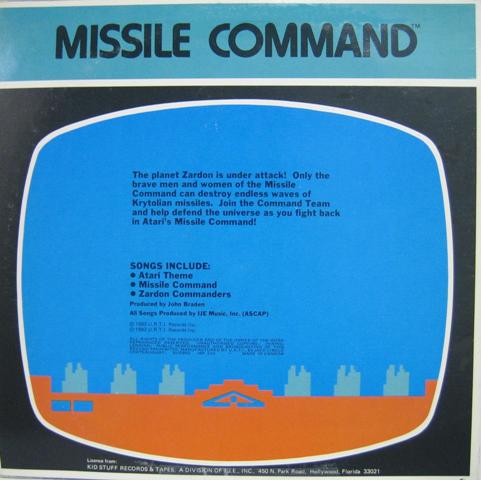