When I was starting my exploration of jazz about eight or so years ago, Hank Jones was one of the first musicians I gravitated toward.  By complete chance I was listening to a local jazz radio station and heard a studio version of one of his original compositions, “Interface”, and made it my mission to hear more from the man who had written such a wonderful song.

Although I never did track down that album (The Oracle, long out of print), I did develop an even greater appreciation for Jones’s music, and in turn for jazz in general.  So when I discovered, quite by chance, that he was scheduled for a run of shows at New York’s famed Birdland jazz club in celebration of his 90th birthday, there wasn’t even a thought of not going.  It’s not every day you get to witness a living legend perform, after all, especially these days. 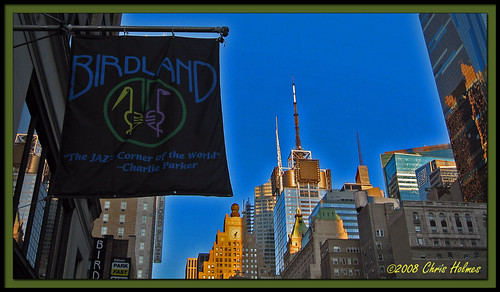 In front of a packed house, Jones started things off with a tender solo rendition of “Alone Together” before he was joined by the rest of his band – bassist George Mraz, guitarist Russell Malone, and drummer Lewis Nash.   The quartet launched into a swinging version of “Stella by Starlight” before they unveiled what I consider to be the highlight of the show – a gorgeous and sophisticated take on the long-time standard “I Cover the Waterfront”.

What made this performance of the song great was not only Jones, but guitarist Russell Malone, of whom I was previously unaware.  His slow-cooking but strong fretwork immediately called to mind the great Wes Montgomery, easily my favorite jazz guitarist.  Hearing Malone (who also stood out during the hard-driving “Speak Low”) play was a revelation, and I will definitely be checking out his work more in the coming days and weeks.

As for the rest of the band – Mraz, who has collaborated with Jones on a number of albums and shows in recent years, was in fine form throughout the set and demonstrated why he’s one of the premiere jazz bassists around.  Nash displayed some serious talent, especially on the uptempo numbers.  I would’ve liked to hear a lighter touch on some of the ballads, but his was still a very enjoyable performance. 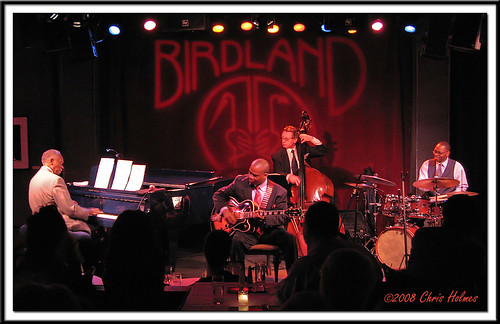 And what about the man I came to see?  I’ll admit that I had some concerns about Jones’s ability to play at a high level – after all, not many musicians manage to live to 90, much less perform at that age.  Happily, not only was he in good spirits and humor during the entire set, but played with the same fluid grace and style that drew me to him in the first place. To see and listen to Jones, you simply wouldn’t know he was born when Woodrow Wilson was president.  And as he joked to the audience, he doesn’t feel a day over 89.

During the last half of the set, Malone exited the stage and the trio of Jones, Mraz, and Nash tackled three Jones originals – one by Hank and two by his late brother Thad.  The gem of these was “Interface” – indeed, the very song that introduced me to Hank Jones in the first place.  Hearing it performed live by Hank himself is one of the great moments of my concert-going life.

Malone returned to the stage for two more numbers, and before I knew it the show was over.  But not before Hank was presented with a birthday cake and the audience sang a round of “Happy Birthday to You.”  In all, the entire evening was a display of top-flight musicianship and while I can’t speak for everyone in attendance, the crowd was more than thrilled to have witnessed it.

A quick note about the venue itself: This was my first trip to Birdland, and I highly recommend it.  There didn’t appear to be a bad seat in the place, and the acoustics were excellent.  On top of that, the staff was extremely friendly and the food was excellent (get the Cajun meatloaf!).

Note: “A Child Is Born”, “Interface”, and “Quiet Lady” were performed by the trio of Jones/Mraz/Nash.