Just when you thought you’d seen the last (well, only) gallery of posters from the Works Progress Administration, BAM! Here comes another one, only four years later.

According to Wikipedia, the WPA was the largest and most ambitious of President Franklin D. Roosevelt’s New Deal agencies, employing millions of workers to carry out public works projects. Agency workers constructed public buildings and roads, and operated large arts, drama, media, and literacy projects.

Nearly every community in the United States had a park, bridge or school constructed by the agency, which especially benefited rural and Western areas. The budget at the outset of the WPA in 1935 was $1.4 billion a year (about 6.7 percent of the 1935 GDP), and in total it spent $13.4 billion.

That’s all well and good, but I’m not here to talk about boring facts and figures. I’m here to take a look at another sampling of the very cool posters and graphics designed to promote various WPA projects and programs. These silkscreen, lithograph, and woodcut posters were designed to publicize health and safety programs, cultural programs (including art exhibitions, theatrical, and musical performances), travel and tourism, educational programs, and community activities in seventeen states and the District of Columbia.

All of these posters and more are available for your viewing pleasure from the Library of Congress’s “Posters of the WPA” collection. I’ve simply picked some more of my favorite ones for this gallery.

I’m not even going to make a juvenile joke about the title of this play (tee hee!). — Federal Theatre presents “Big Blow”: A Drama of the Hurricane Country by Theodore Pratt (Richard Halls, artist, c. 1936-39) 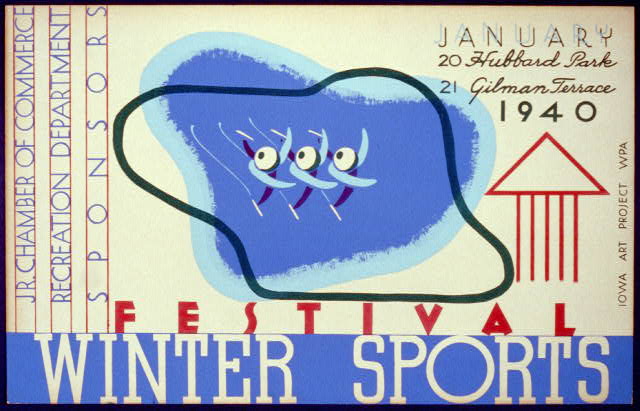 If you ask me, this design is every bit as excellent as Winter Olympic ones from the same era. — Winter Sports Festival in Iowa City and Sioux City, Iowa (artist unknown, 1940) 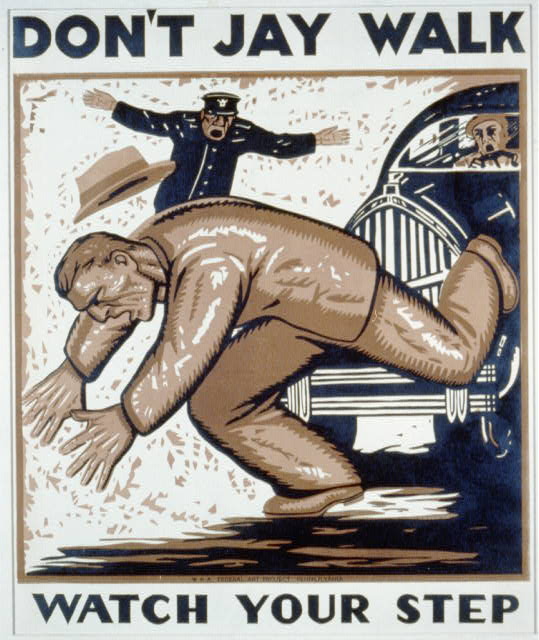 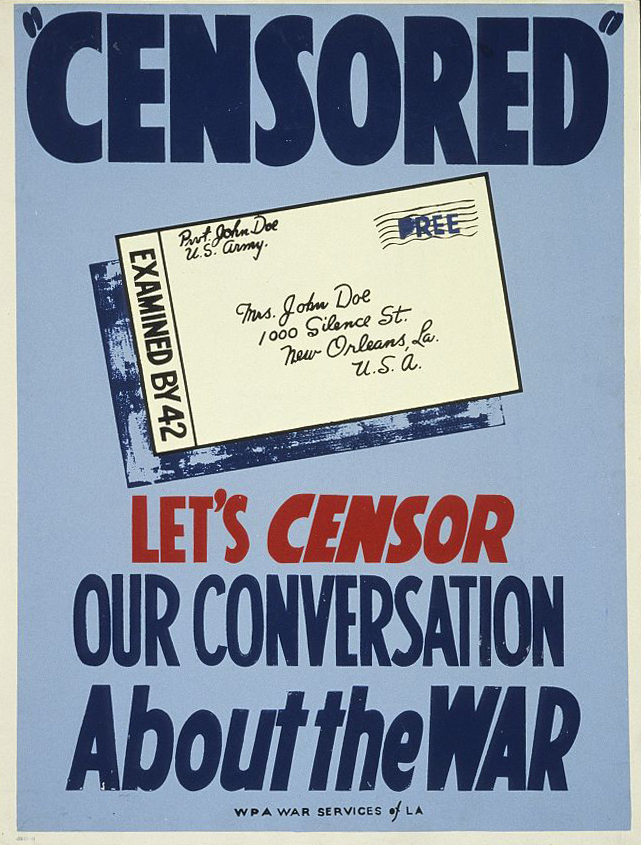 I’m not going to get into a debate about the merits or evils of government censorship. I’ll just point out that if something like this were published today, people would lose their minds. — “Censored” (artist unknown, c. 1941-43)

Well it’s not quite the “Enchantment Under the Sea” dance, but it’ll do. Whoa, hold on, does that say “Dress Optional”? Wow, Oceanside High School sure was pretty damn progressive for the ’40s. — “Class of ’40 presents ‘Junior prom'” (artist unknown, 1940) 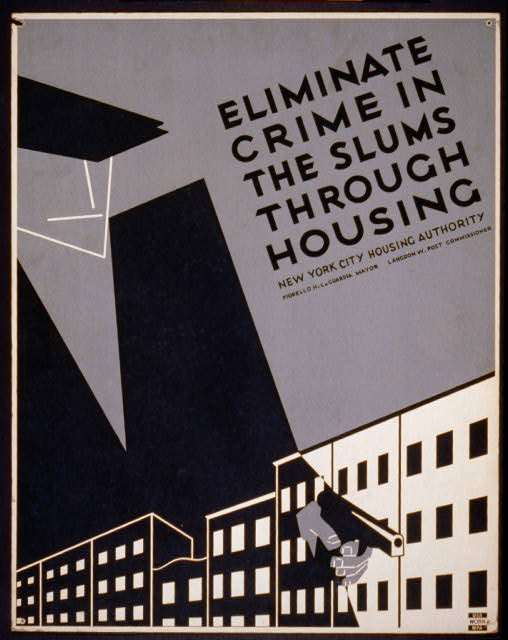 I know I should be admiring a poster about such a serious topic just for its graphics, but c’mon. That’s just too snazzy. And here’s your fun fact of the day: The origin of the word slum is thought to be the Irish phrase ‘S lom é, meaning “it is a bleak or destitute place.” — “Eliminate crime in the slums through housing” (unknown artist, 1936)

Big White Fog is a play by American playwright Theodore Ward and was his first major work. The play follows the fictional Mason family across three generations between 1922 and 1933. Half of the family supports a return to Africa and Garveyism, while the other half of the family seeks the American Dream. — “Big White Fog” (artist unknown, 1938) 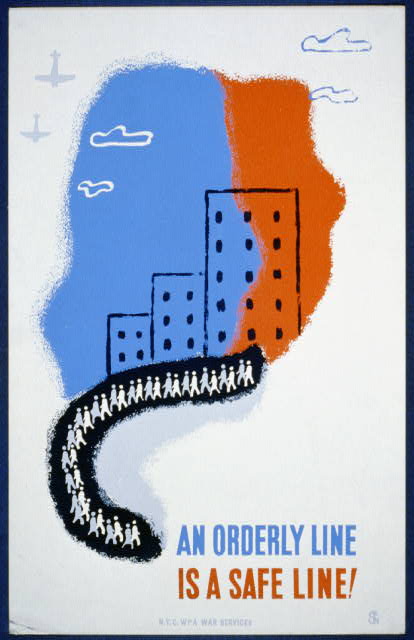 Ah, the salad days before “Duck and Cover.” Before the advent of nuclear weapons, all we had to do to avoid harm during an air raid was “Walk and Burrow,” and that’s the way we liked it! — “An orderly line is a safe line!” (artist unknown, c. 1941-43)

I can guarantee that if you’re ever trapped in a fire with green smoke, you’re done for. Also, it might appear that there’s just one person in this poster but look carefully above the flames on the right side. — “Cellar ceilings must be fire-retarded: Keep cellars clean” (Martin Weitzman, artist, c. 1936/37)

« Album Cover of the Week: For Twisters Only

Game over for Gaddafi? »