The icon that was to be known as Mr. Potato head was born in the early 1950s when Brooklyn-born inventor George Lerner came up with the idea of inserting small, pronged body and face parts into fruits and vegetables to create a “funny face man” toy. After Lerner sold his idea to Hasbro — then known as Hassenfeld Bros. — Mr. Potato Head was officially introduced on May 1, 1952. The original toy kit cost $0.98 and contained plastic hands, feet, ears, two mouths, two pairs of eyes, four noses, three hats, eyeglasses, a pipe, and eight felt pieces resembling facial hair.

By the mid 1960s, stricter government safety regulations meant that the plastic accessories could no longer easily puncture real food, so Hasbro introduced the all-plastic Mr. Potato Head in 1964. They also introduced a number of complementary characters, who all became part of the Mr. Potato Head family. Most of them have since been discontinued and have been forgotten, but I thought it was high time for a little family reunion.

So here are all the members of Mr. Potato Head’s strange, extended toy family of the ’50s and ’60s — Mrs. Potato Head, the Tooty Frooty Friends and the Picnic Pals — along with a few special sets. Sorry about the quality on some of these images. Good ones are not easy to come by. 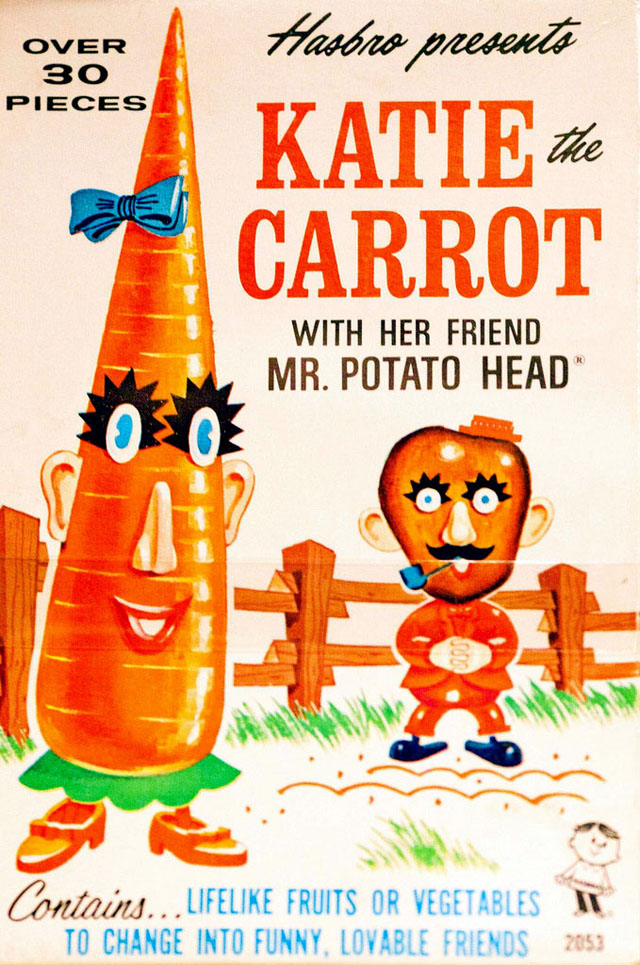 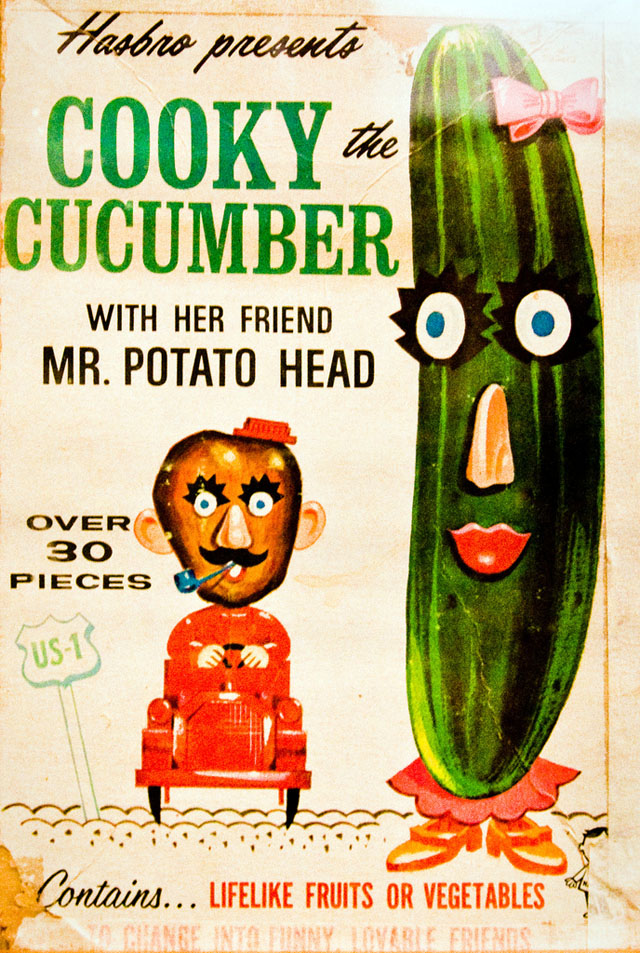 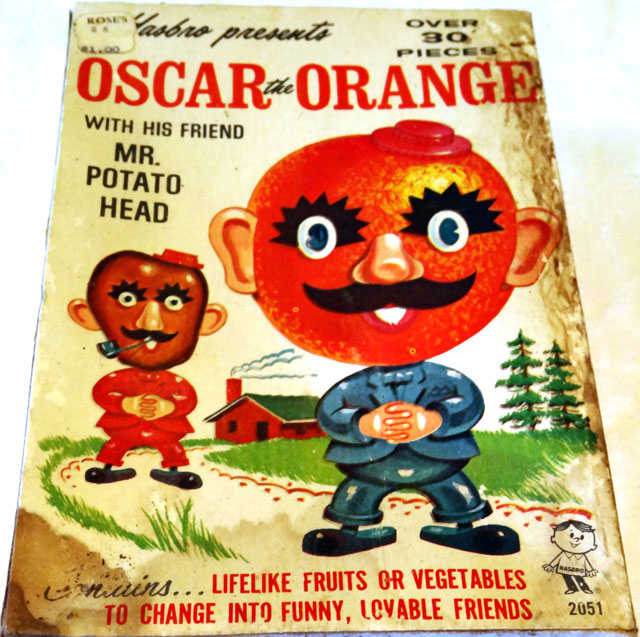 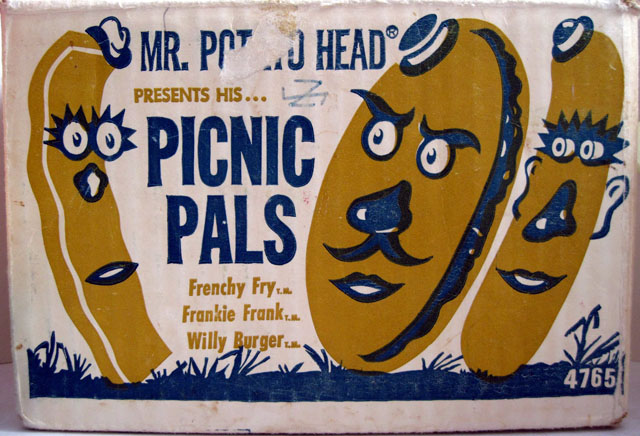 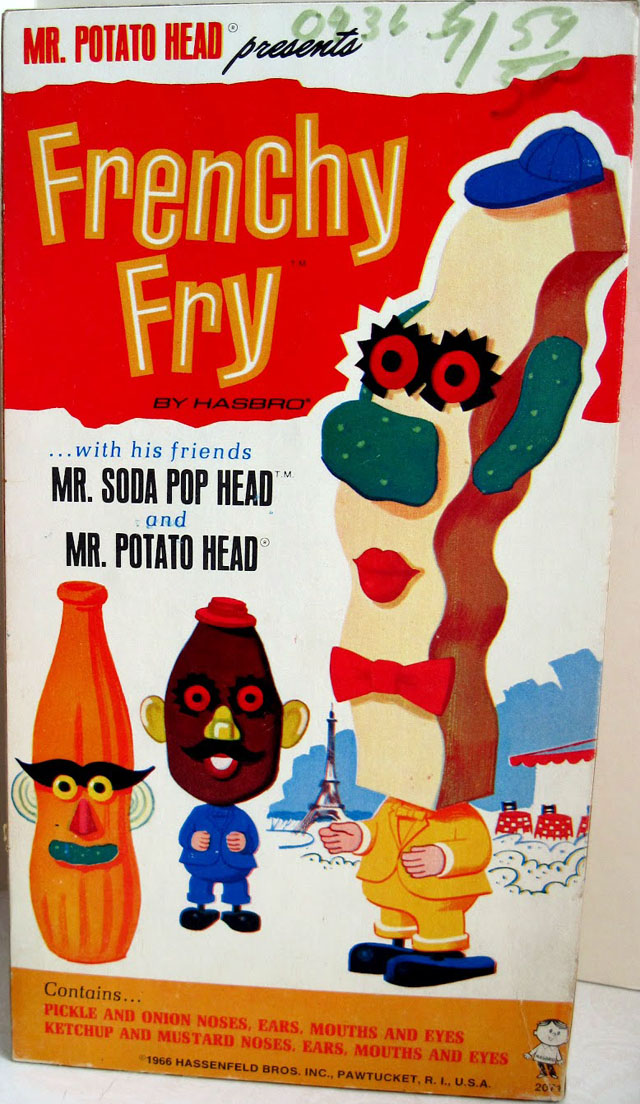 Here’s an interesting limited edition item. This was released jointly by Hasbro and Dunkin’ Donuts in 1969.

I’m including these playsets featuring assorted fruits and vegetables, even though they were not all named. In addition to some of the family members named above we’ve got an apple, onion, and lemon. Here are the sets for Mr. Potato Head on the Moon, on the Railroad, on the Farm, and in the Parade.

How Google Sees It: Michele Bachmann Hasn’t Changed Much »