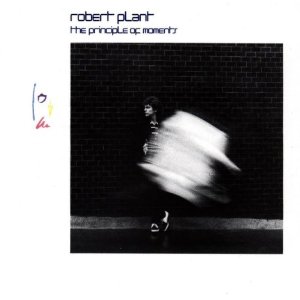 If there’s one thing the internet lacks, it’s pointless music lists. So to fill that void, here’s a sampling of my favorite albums from some random year. Let’s say, 1983.

(Spotify users, check out the accompanying playlist and subscribe!)

Robert Plant, The Principle of Moments — While I would in no way claim that Robert Plant’s solo output bests Led Zeppelin’s music, a lot of times I simply prefer to listen to Plant. In fact I’d say that Plant has enjoyed one of the most artistically rewarding solo careers of any artist who was part of a popular band that I can think of. The Principle of Moments is probably my favorite Plant solo effort (next to Fate of Nations) — he sounds freed from the constraints of creating larger-than-life rock and the music just crackles with energy. “In the Mood” and “Big Log” are all-time classics.

Iron Maiden, Piece of Mind — Four albums into their career, Iron Maiden had gone through just as many lineup changes. But when drummer Nicko McBrain replaced Clive Burr (trading Burr’s pocket groove for McBrain’s heavy metal thunder), the classic Maiden lineup was complete. With McBrain behind the kit the band released Piece of Mind, their most ferocious LP yet. While not the top-to-bottom classic that The Number of the Beast was, this album boasts some of the best songs in Maiden’s catalog — “Where Eagles Dare,” “Flight of Icarus,” and “To Tame a Land” just to name some. Even so-called filler songs like “Sun and Steel” or “Quest for Fire” are raucous fun.

“Weird Al” Yankovic, “Weird Al” Yankovic — It feels like Weird Al has been making fun of popular music forever, but in fact it all started with his modest self-titled debut in ’83. I can’t imagine this being of interest to someone just getting into his music, but I love all of it. The parodies are strong — “I Love Rocky Road” and “My Bologna” being the best — but the originals carry this disc. “Gotta Boogie” and “The Check’s in the Mail” are absolutely products of their time, but are musically strong. Capping the whole thing off is the absolutely twisted and hilarious “Mr. Frump in the Iron Lung,” a touching tale of the friendship between a young man and his terminally ill pal.

Yes, 90125 — I would have been perfectly happy with another album from the Drama lineup of Chris Squire, Steve Howe, Alan White, Trevor Horn, and Geoff Downes. I loved that album so much. But it’s hard to deny the greatness of 90125, even as slick and thoroughly ’80s as tracks like “Changes” and “Leave It” sound now (or perhaps because of that). This album (thanks in no small part to “Owner of a Lonely Heart”) achieved something most probably thought was impossible — it made one of the champions of ’70s progressive rock artistically and commercially relevant for a whole new generation of music listeners.

R.E.M., Murmur — There’s a small but vocal legion of R.E.M. fans who hold that nothing the band did after Murmur measured up to the group’s debut LP. I don’t buy that, but I can see where they’re coming from. There are just so many strong songs here — especially “Perfect Circle” and “9-9” — and they’re all delivered in such stark, simple fashion. And as I wrote in the second part of my ongoing R.E.M. exploration series, Murmur seems to get stronger as it goes on.

AC/DC, Flick of the Switch — This is the last album AC/DC released in the ’80s that’s worth hearing, although admittedly it doesn’t stack up to Back in Black or For Those About to Rock We Salute You. Still, Angus Young’s thunderous riffing is mostly on the money on this record, and Brian Johnson still sounds energized behind the mic. Overall the tried-and-true hard rock-meets-blues formula feels fresh here, and songs like “Rising Power” and the thundering title track are the best examples of that.

Journey, Frontiers — I knew nothing of the older, more rock and fusion-oriented sounds of Journey before I bought this on cassette in ’83 and I didn’t care. Hell, I still don’t. I love everything about Frontiers — from the arena-ready rockers (“Separate Ways (Worlds Apart)”) to the tender ballads (“Send Her My Love”, “After the Fall”) to the obscure, off-kilter cuts (“Back Talk”). In my mind’s eye, Journey will be forever rocking out on the pier with invisible instruments.

Frank Zappa, The Man From Utopia — One of the most-asked and most difficult questions in music fandom is, “Which Zappa album is the best for a non-fan to start a collection with?” There are a handful of outstanding options, one of them being The Man From Utopia. Zappa plays it relatively straight here — well for him anyway, although the music is unmistakably his. If the crude humor of tracks like “SEX” or “The Jazz Discharge Party Hats” isn’t your style, there’s always the excellent instrumentals “Tink Walks Amok,” “We Are Not Alone,” and “Mōggio.”

Genesis, Genesis — I’m not one of those Genesis fans who gnashes his teeth over any album that isn’t 100% prog rock. They have plenty of really good songs that are relatively straightforward and poppy. And this album (aka Mama) has very good pop songs (“That’s All”, “It’s Gonna Get Better,” and “Silver Rainbow”) as well as very good art rock (“Mama”, “Second Home By the Sea”). Yeah, “Illegal Alien” is a but much to take, but it’s the only really dodgy song here. It’s also a more consistent record than Abacab.

Paul Simon, Hearts and Bones — I’ve never been a huge Paul Simon fan but this album has resonated with me for some time. The title track alone is worth the price of admission, and ranks among Simon’s greatest compositions. The up-tempo tracks are uniformly good, but I go for the more melancholy numbers like “Train in the Distance” or the excellent “The Late Great Johnny Ace,” the latter of which was as much a eulogy to John Lennon as to the titular rock and roller.

Metallica, Kill ’em All — Raw, powerful, visceral. From the fade-in of “Hit the Lights” to the fade-out of “Metal Militia,” Kill ’em All is 50-plus minutes of some of the finest thrash metal ever recorded. Metallica wanted to release this with the title Metal Up Your Ass but was convinced by Megaforce Records to ease up a bit. But musically, there is no compromise on this album. And although guitarist Dave Mustaine was booted from the band just prior to the recording sessions, his fingerprints are all over it in the form of four co-writing credits and numerous uncredited guitar parts. (I’d include a song sample here but, you know, Lars.) 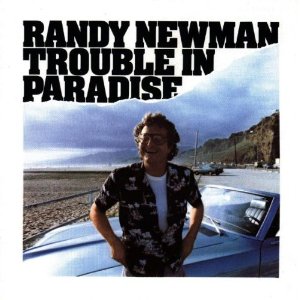 Randy Newman, Trouble in Paradise — The sound is sleeker, and the arrangements are a little slicker, but this is Newman near the top of his game. This is worth the price of admission just for the timeless pop paean “I Love L.A.,” but the one-two punch of the melancholy “Same Girl” — his best ballad since “Marie” — and the acerbic yet mechanical “Mikey’s” is stunning.

Kiss, Lick It Up — A lot of people attribute Kiss’s resurgence in the ’80s to them taking off the makeup and getting out of the 1970s. That’s probably true, but I think it was also a case of them finally producing kick-ass rock for the first time in years. With short-timer Vinnie Vincent in the fold, the band effectively straddled the squiggly line between hard rock and heavy metal. Dismissing Lick It Up as mere hair metal is lazy and misses the point — groups like Poison and Cinderella never put out music with as much power or ferocity as songs like “Exciter,” Fits Like a Glove,” or “Young and Wasted.”

XTC, Mummer —Mummer seems to take a bit of a beating from fans and critics who didn’t care for the more pastoral and introspective bent XTC took after Andy Partridge retired from public performing. As it turns out, this is the one album of theirs I never get enough of, and it’s by and large because of the pastoral and introspective moments (“Love on a Farmboy’s Wages” and “Ladybird” are simply divine). Of course if you like your XTC angular and nervous, there’s still the outstanding “Beating of Hearts” or “Deliver Us From the Elements” to satisfy.

Queensrÿche, Queensrÿche — While Queensrÿche’s debut EP did little to distinguish them as a metal act, it was a surprisingly mature and accomplished effort all the same. The entire band is ferocious, but it’s Geoff Tate’s soaring and Halford-esque vocals that push songs like “Queen of the Reich” into the stratosphere. The band’s full-length debut (The Warning) showcased their ambition much better, but the 18 or so minutes of this release are much more aggressive and laser-focused, setting the stage for things to come.

Pink Floyd, The Final Cut — Yeah it’s basically a Roger Waters solo album, so what? While more David Gilmour would have been welcome, it’s clear that the band was done by this point. Even so, this is a powerful album that is made all the more so because it largely bypasses the excesses of The Wall. Waters’ sense of weariness and betrayal is evident throughout the entire record on songs such as “The Hero’s Return” and it makes for riveting listening.

Mötley Crüe, Shout at the Devil — The amount of really good music Mötley Crüe released relative to their stature is not all that much. But this is one of the defining metal albums of the ’80s, and nothing can change that. This is the sound of a hungry and creative band, before drugs and glam metal excess took their toll. Side B runs out of steam just a bit, but there are so many killer songs on here — the title song, “Looks That Kill” and “Too Young to Fall in Love” just for starters — that you won’t even notice. And I still maintain that Tommy Lee’s name deserves to be included in the list of great metal drummers of all-time.

The Police, Synchronicity — The transformation from the Police’s first album to Synchronicity is astounding. While some of the punkish aggression heard on Outlandos d’Amour is still present here (especially on the Andy Summers-penned “Mother”), there is a high level of gloss now. Sting is very clearly in the driver’s seat from a creative standpoint, although in retrospect it’s clear that Summers and Stewart Copeland kept him somewhat in check. How else to explain numbers like “Every Breath You Take” and “King of Pain”, which are still essential listening today rather than forgettable soft rock dreck Sting was to become known for?

Stevie Ray Vaughan and Double Trouble, Texas Flood — I can count the number of blues or blues rock artists I like on one hand and still have fingers left over. And yet there’s something so positively mesmerizing about Stevie Ray Vaughan and his debut album. I guess the only way I can put it is that Vaughan just oozed authenticity. Oh yeah, and there’s that instantly recognizable playing style and guitar tone. How can a song like “Pride and Joy” not make you want to boogie? The best thing about this album is that as popular music was becoming buried in synthesizers and other artifice, this album took three musicians (Vaughan, bassist Tommy Shannon, and drummer Chris Layton) a total of three days to record.

Def Leppard, Pyromania — In retrospect it’s easy to see how Pyromania was just another step on Def Leppard’s road to blandness (under the guiding hand of producer Mutt Lange). But at this point, they still delivered the best pop metal in town. There’s enough crunch to please all but the most hardcore metal fans, and of course there are hooks and melodies to spare. You’d have to have a cold, cold heart not to love songs like “Photograph” or “Rock! Rock! (Till You Drop).” And of course there’s my absolute favorite, “Foolin’.” 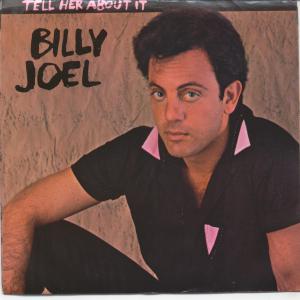