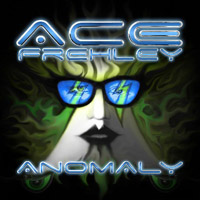 Man, I take a short break from updating the site and, just like that, I’m buried under a pile of new music releases.  Not to mention, of course, the Beatles remasters.  So with no big preamble, let’s get right into it…

Peter Criss couldn’t do it, Paul Stanley almost did it, and who the hell knows what Gene Simmons was trying to do.  I’m speaking, of course, about original Kiss members putting out a solo album this decade that even approached their best work from previous decades.  So how does the Spaceman fare on his first release since George Bush Sr. was president?  Pretty decently, by and large.  Sure the album art is…well, it sucks.  It’s just bad.  But who even notices such things anymore?

The music’s the thing, and Ace acquits himself rather nicely over the course of a dozen tracks.  “Foxy & Free” kicks things off, and it’s as intense a slab of hard rock as you’re likely to hear this year.  Frehley intimated in interviews promoting Anomaly that he purposely was trying for the vibe of his outstanding 1978 solo record.  I can hear that in places, but mostly this album is another serving of the tuneful, meat and potatoes hard rock Frehley churned out in the ’80s with Frehley’s Comet.  That’s not a bad thing, mind you, but what surprised me was how Ace managed to stretch his formula out a bit – witness the Middle Eastern (OK, Led Zep Middle Eastern) flavor of “Genghis Khan”, the starkly confessional and heartfelt lyrics on “A Little Below the Angels”, and the laid back philosophizing and relaxed arrangement of “It’s a Great Life.”

Ace is indeed back, and I told you so. 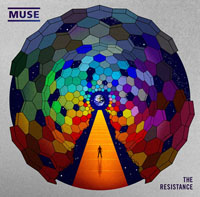 Depeche Muse anyone?  Now look, I’m all about bands trying out new sounds and taking their music in new directions.  The problem with this album is that for the most part Matthew Bellamy and friends don’t sound like they’re sure what direction they want to go, and as a result it has twice the indulgence of Black Holes and Revelations with half the impact.  Kicking the album off with “Uprising”, an electronica Gary Glitter anthem for the 21st century, was a bold move and I can dig it even with Bellamy’s cockamamie populist conspiracy lyrics weighing it down.

It’s weird – when I think about the individual songs on The Resistance it seems like it should be better than it is.  Part of the problem, I suspect, lies in the track sequencing.  “Resistance”, with its emotional swells, belongs later in the album.  By the time I get to the end of the third track, the Timbaland-sounding “Undisclosed Desires”, I’m left wondering what the hell is going on.  Things seem to be getting back to normal with “United States of Eurasia/Collateral Damage”, although when the multi-tracked Bellamy starts chanting “EuraSIA!  SIA!  SIA!  SIA!” I nearly sprain my eyeballs from rolling them back so hard.

All this would be fine if not for the sheer unevenness of the last half or so of the record.  “Guiding Light” is a weak retread of “Invincible” without the payoff, but “Unnatural Selection” cooks like nothing else on the album and is easily the standout performance.  “I Belong to You” is either a slightly below average Muse song or a really good Maroon 5 track.  Finishing things off is the three-part “Exogenesis” symphony.  I guess as the soundtrack to an imaginary Star Trek movie it works, but as an album closer it collapses under the weight of its own self-importance.  The third part (“Redemption”) is the best of the trio and is a gorgeous piece of music, but it feels a bit empty due to the first two.

I suspect that time will mellow my reaction to The Resistance, but for now you can officially call me The Disappointed. 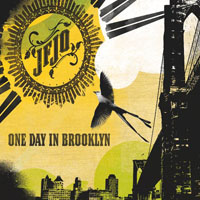 Well now this is something different altogether.  JFJO has been around for 15 years, although this is the first I’ve heard of them.  Just shows how clued in I am, and it also shows what I’ve been missing.  This thoroughly modern  jazz outfit, which hails from Tulsa, Oklahoma of all places, plays with a sense of adventure and fun that is all too lacking from many of their contemporaries.  The closest comparison I can make of JFJO is to the Bad Plus, although even that’s not a totally fair or accurate one.

Big lineup changes presaged the release of this EP (on the group’s own Kinnara label) – original bassist Reed Mathis was replaced by Matt Hayes, and the trio became a quartet with the addition of lap steel guitarist Chris Combs.  That’s right, lap steel guitar. I was sure when I read that this album had steel guitar that it would sound contrived and hokey.  It does not.  Combs’ deft playing adds a layer of interest that really pushes One Day in Brooklyn to an exciting place and makes you take notice.  Elsewhere, founding pianist Brian Haas and drummer Josh Raymer obviously have talent to spare.

There are a half-dozen tracks on this EP, and they are all worth checking out.  The Rahsaan Roland Kirk medley “The Black & Crazy Blues / A Laugh for Rory (For Joel Dorn)” is a pulse-quickening and swinging start to the festivities, and is outdone for sheer enjoyment only by “Drethoven”, one of two group originals.  The name is said to be a nod to two of the group’s influences, Dr. Dre and Beethoven, and I believe it.  On this and most of the EP, JFJO show themselves to be master risk takers – except this music doesn’t feel risky because it’s so damn good.  The only times the group approaches anything conventional or mainstream-sounding are on covers of Thelonious Monk’s “Four in One” and the Beatles’ “Julia”; and even on the latter the quartet simply substitutes style and beauty for panache.

Finally, I have to give a tip of the hat to the production team on One Day in Brooklyn – engineers Andrew Felluss and Christian Castagno, and producers/mixers Jared Tyler and JFJO.  You would not know from listening to this album that it was recorded live, and the depth and warmth of its sound makes it even more enjoyable to listen to.

If there’s one sport that has gained even less traction in America than curling or full contact chess, it’s cricket.  So does a concept album that is pretty much nothing more than a cheeky paean to the game have a chance at finding an audience in this country?  In my best British accent, “not bloody likely!”

Still, if you aren’t into cricket and don’t mind not being able to understand what the hell the titular musical duo of Irishmen Neil Hannon and Thomas Walsh are singing about, the record’s a pretty enjoyable ride.  It’s a mishmash of styles, from Beatles-style chamber music to pulsing power pop to modernized old-school jazz.  There is obviously an abundance of humor here, for those who get the joke, but for me the best songs on this disc are when Hannon and Walsh’s keen sense of melody is the focus (“Mason on the Boundary”, “Meeting Mr. Miandad”, “The Nightwatchmen”, and “Flatten the Hay”).  Those are the moments when The Duckworth Lewis Method is elevated above mere novelty status into something enjoyable for people who wouldn’t know a mullygrubber from a slogger. 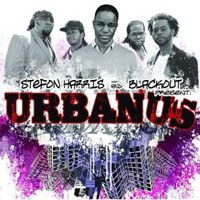 Much in the spirit of Robert Glasper, Stefon Harris (now officially co-billed with supporting band Blackout) use jazz not as a musical end but simply as one layer in their sound.  This approach is typified by the group’s take on the George Gershwin classic “Gone”, which in their hands is equal parts funk-jazz and avant-garde space rock.  Casey Benjamin’s vocoder makes its first appearance on the second track, and I can tell you that if you don’t like that device, you’ll have a hard time with this album.   I’m pretty indifferent to it for the most part, but at least Benjamin uses it melodically.

There are definitely moments worth savoring here – “Tanktified” skitters and slinks behind a killer groove and Marc Cary’s supple keyboard playing, while Cary’s “The Afterthought” and a cover of Jackie McLean’s “Minor March” are nice doses of modern, aggressive hard bop.   The only thing really holding Urbanus back is a lack of vision.  What momentum the record builds from its forward-thinking and captivating arrangements (such as the aforementioned “The Afterthought”) is almost stopped cold by meandering, R&B-style offerings like “Christina” or a cover of Stevie Wonder’s “They Won’t Go (When I Go)”, both of which feature  – surprise! – Benjamin on vocoder.  Probably just a coincidence.

Listening Booth – Alice in Chains, “A Looking in View” »