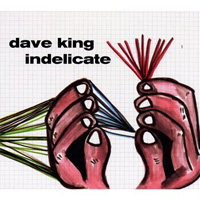 Sigh.  Once again there’s so much music and so little time.  In fact, most of albums on this list can’t properly be considered “new” anymore, but that’s life.

King has already established himself as a jazz percussionist par excellence with the Bad Plus and Happy Apple, but here he decides to carry the entire load himself.   While I’d love to say that Indelicate is a prime example of a talented artist finally allowed to break free from the shackles of the group format, that isn’t really the case here.  King’s muscular and primal rhythmic approach to the drum kit carries over to the piano but it becomes clear fairly quickly that while King has a number of good ideas (among them the simple but engaging “Homage: Young People” and the bouncy “I Want to Feel Good”), he really needs someone like an Ethan Iverson to translate them into something more.  In the end, Indelicate feels more like an experiment than an album and while I’m sure it’s artistically rewarding, it doesn’t really make for a consistently rewarding listening experience.

One notable instance where King trades brawn for subtlety is “I See You, You See Me”, which offers a glimpse that he does have a melodic touch.  I do also dig the unsettling and appropriately named piano solo, “The Black Dial Tone of Night”.

Midlake – The Courage of Others

It was probably inevitable that I would be a bit let down after the superb The Trials of Van Occupanther.  But really, The Courage of Others is a good effort from the Denton, Texas quintet.  There is a real sense of single-minded purpose on this album, it just lacks the “wow” moments that Van Occupanther had in spades.  Or to be more blunt, it lacks the songs.  The opening cut, “Acts of Man”, plops you in medias res into the album’s palette of subdued but lush folk rock dourness (I swear that on “Fortune” the group channeled the spirit of Peter, Paul and Mary).  There really isn’t a lot of deviation from that formula throughout the record’s 42-minute running time, so you’ll know by the third track if you want to stick it out to the end.  If you’re not inclined to do so, at least check out “Rulers, Ruling All Things” and “The Horn”, which do manage to distinguish themselves.

The fact that we even have a new STP album to listen to is in itself a minor miracle.  As band devotees know, frontman Scott Weiland seems to be forever flirting with disaster, and his extracurricular activities have robbed the band of a lot of prime music-making and touring time.  As a result, it’s been nine years since the group’s last effort, the underrated Shangri-La Dee Da.  But in truth, the heart of STP has always been the DeLeo brothers, Robert and Dean, anyway.  The brothers’ knack for hooks is keen indeed, so how have they fared on this eponymous release?

For the most part, pretty good.  The energy is there, and the musicianship is top-notch as always.  The only major change is one of approach.  This record sounds like STP-lite in most places.  The beefy, muscular hard rock of past albums is eschewed in favor of a leaner, poppier sound.  For those needing a point of reference, this record most resembles Tiny Music…Songs from the Vatican Gift Shop in sound, although minus the freaky-deaky musical detours and psychedelic dabblings.

“Between the Lines”, the album’s first single, is vintage DeLeo craftsmanship.  It storms in, worms its way into your brain in under three minutes, and then it’s done.  The album continues in this vein, throwing in a bit of ’70s Aerosmith on the excellent “Huckleberry Crumble”.  At the halfway point comes the first letdown, “Cinnamon”.  It’s generic contemporary pop rock and sounds like something you’d hear on the soundtrack to an American Pie movie.

The group recovers from that misstep, but the album never really regains its early momentum.  You can’t blame that on Weiland, who sounds strong and confident on every song.  Perhaps the missing ingredient on this release is producer Brendan O’Brien, who is replaced behind the board by the DeLeo brothers.  Gone with O’Brien is the forcefulness and aggression that propels much of STP’s best material (even poppier tracks like the classic “Interstate Love Song” have a certain bombast that is essential to their success).  All that said, Stone Temple Pilots is a respectable entry in the band’s catalog and does nothing to diminish my appetite for more from the group.

Backyard Tire Fire – Good to Be

On “Roadsong #39”, opening salvo of the fifth studio effort for the Ed Anderson-fronted trio, Backyard Tire Fire adds a whole lot of spit, grit, and groove to their alt-country sound.  Things settle down from there, though, and the rest of the album feels a lot more like the group’s last several releases.  Still, there are some welcome sonic changes, thanks in part to new producer Steve Berlin (of Los Lobos) – the arrangements are more expansive and nuanced, and not as dry and direct.  It was a bit jarring hearing the orchestral-esque backing on “Learning to Swim” at first, but it’s a nice addition on second thought.

Ultimately BTF sinks or swims on the strength of Anderson’s songwriting, which shines in spots on Good to Be.  The aforementioned “Roadsong #39” is a gem, and the poppy choruses on “Estelle” are a pleasant surprise.  There are some songs that feel a little too familiar, though, such as “Food for Thought”, the title track, and “Hell and Back”.  It’s a testament to Berlin that some of the more predictable songs still engage. 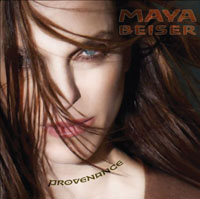 The term “rock star” isn’t really applicable to the world of the cello, but if it was then Maya Beiser would be one.  She has toured and collaborated with the likes of Tan Dun, Philip Glass, and Brian Eno, and she’s been the featured cellist on the soundtracks to movies such as The Happening, The Great Debaters, and Blood Diamond.  Beiser’s latest effort, Provenance, manages a neat trick.  It’s chock full of rich textures that unfold slowly, but is always engaging and listenable.  Her quest on the record was to transport the listener back to the golden age of Medieval Spain – a period when Muslims collaborated and lived with Jews and Christians.  Whatever her intentions, this music sounds timeless but never dated.  The last track, a cover of Led Zeppelin’s classic Middle Eastern-tinged “Kashmir”, doesn’t rock quite as hard but adds some additional authenticity that turns it into a fresh take.

Beiser’s skill with the cello is undeniable – she seems to be able to wrench a wide range of emotions from her instrument, to the point that it sounds like a de facto vocalist (her take on the aforementioned “Kashmir” is very reminiscent of Robert Plant’s vocal melody).  This release should appeal equally to fans of contemporary classical, world music, or really anyone who just enjoys listening to great music performed with equal parts skill and devotion. 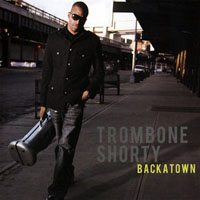 Wow.  Just wow.  This is the album you should force someone to listen to if they complain that there’s nothing good or fresh about today’s music.  Troy “Trombone Shorty” Andrews has crafted an early contender for album of the year, and he does it by brewing an intoxicating blend of rock, jazz, blues, hip hop, metal(!), and soul.  There’s no lengthy exercises in musical skill, as no track cracks the four-minute mark.  It’s just round after round of exciting and engaging music.  Hell, Andrews should score points just for getting Lenny Kravitz to sound relevant (“Something Beautiful”).   This is a bold, brassy, and beguiling album that will probably be overlooked for much safer fare.  A damn shame, really.