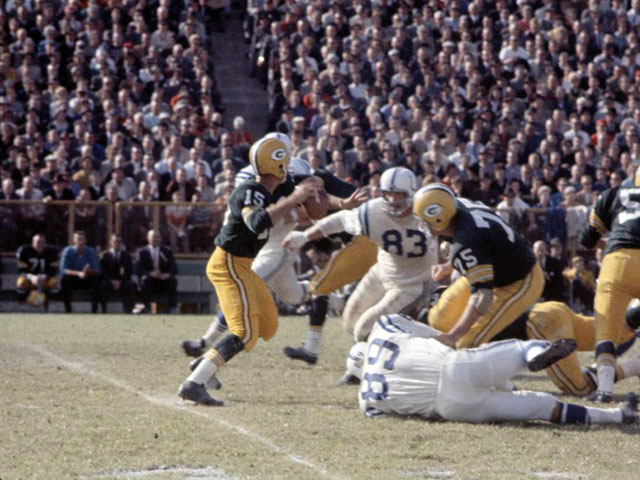 Another trip to the Life photo archives has yielded another great set of classic NFL photographs. These were snapped by Robert W. Kelley at a game played between the Green Bay Packers and the visiting Baltimore Colts at Lambeau Field — then known as New City Stadium — on October 8, 1961.

Tracking down the date for this game was a little tricky, as the Life photo pages provide no details. How I figured it out was by using the visual clues.

So there you go, and that’s how I arrived at this being the Week 4 contest from the 1961 NFL season. So with that, let’s look at the photos! Some of them are a bit blurry, but color game action pictures from this era of the NFL aren’t terribly common so they’re still worth seeing.