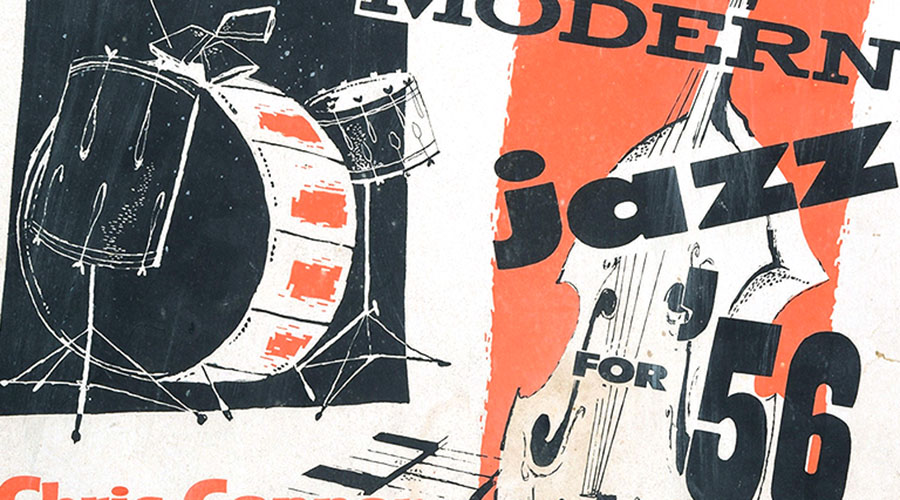 Sometimes I see a piece of pop art and just know it’s from the 1950s without knowing anything else about it. Such is the case with this phenomenal piece from 1956, advertising a concert called Modern Jazz for ’56, which seems to have been a package tour. It featured artists such as Chris Connor, the Modern Jazz Quartet, the Don Shirley Duo, and Herbie Mann and was sold as “an enjoyable evening with your favorite modern jazz artists.” This particular concert was held on January 27, 1956 at the Victoria Theatre in what I believe is Kansas City. Dig this beauty, man: 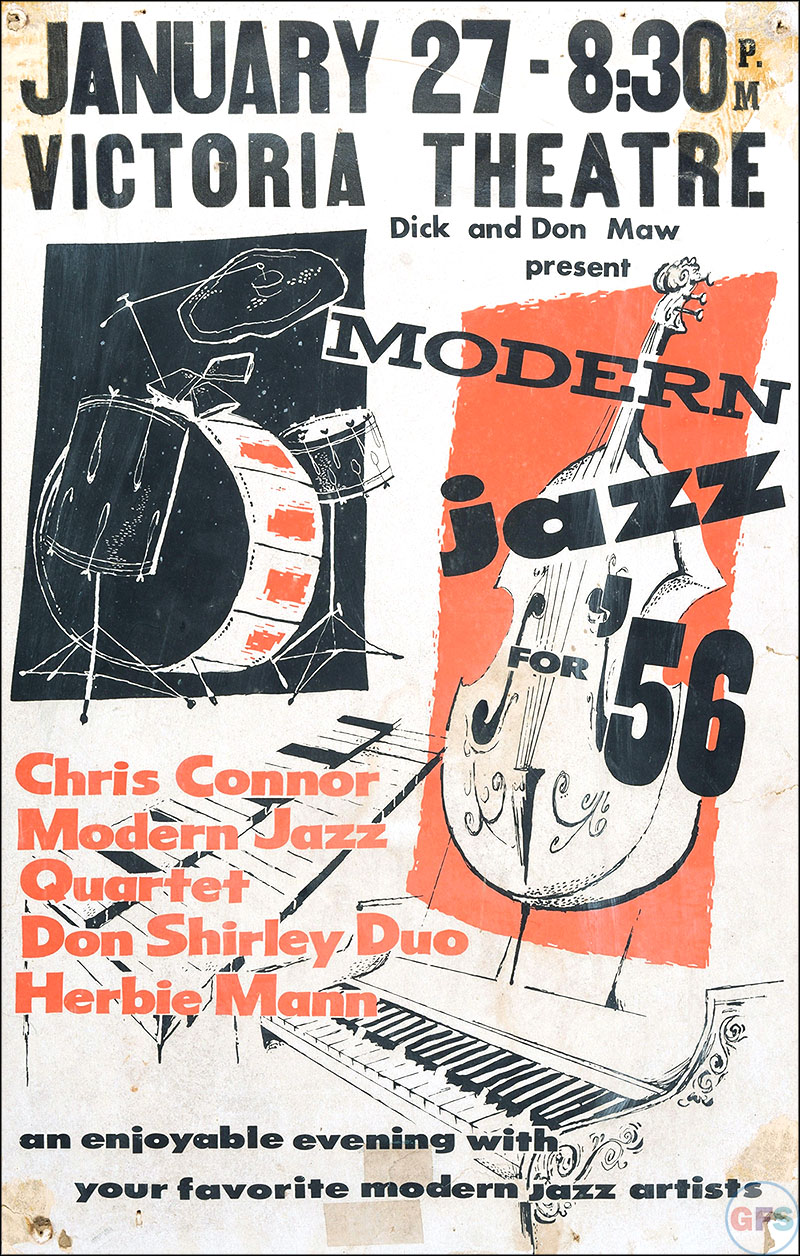 I would frame this gem in a heartbeat if I had it. So totally mid-century and just oozing with that hep cat charm you also find on a lot of jazz album covers from the period.

A concert review published on January 29th by The Kansas City Times stated that despite the show start being delayed a half hour due to a bad tube in the sound system, “the 1,600 loyal jazz fans enjoyed every minute of it.”