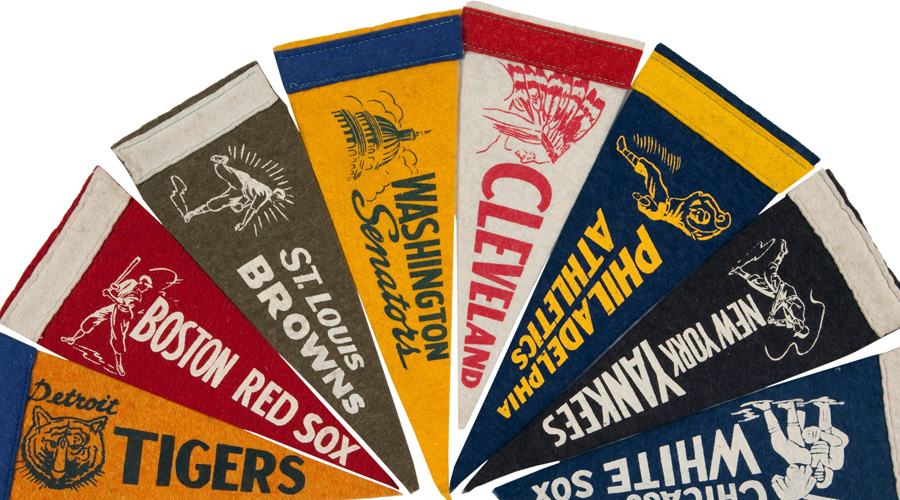 Since their founding in 1966, the Atlanta Falcons have maintained a fairly consistent brand identity. Sure, colors change and logos are modified, but the basic look has remained intact.

So that’s why I was surprised to see this pennant on eBay, purportedly from the team’s inaugural season.

Almost nothing from this pennant seems to have found its way into the team’s branding, apart from the shade of red. That makes me wonder if this wasn’t produced before the logo and wordmark for the team was ever made public. I don’t know what the lead time was for pennant manufacturing but I’m guessing this is the case.

Another possible explanation is that this was a prototype logo that lost out to the now-familiar one.

Either way, it’s another fascinating piece of 1960s NFL memorabilia.

Don’t forget to check out the rest of my Pennant Fever entries.