Buck Showalter, Baltimore Orioles — Buck never made it to the majors, but did play AAA ball briefly. This is a card from his time with the New Haven Yankees (AA), dated either 1978 or 1979.

Bobby Valentine, Boston Red Sox — No fake mustache needed here. This is Bobby as a member of the California Angels, from a Topps 1975 card. Valentine played for five big league squads during his ten-year career.

Joe Girardi, New York Yankees — While he won three World Series as a Yankee, Joe Girardi spent most of his career playing backstop for the Cubs. 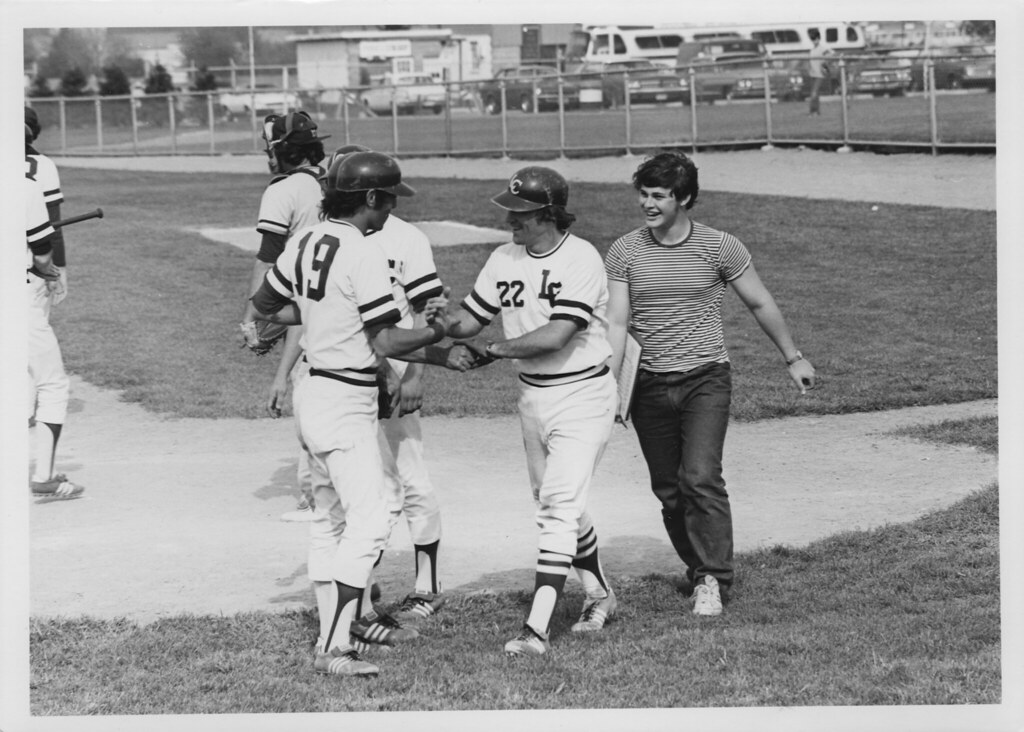 Joe Maddon, Tampa Bay Rays — Maddon spent just four seasons in the minors, and never played higher than A ball for affiliates of the Angels and Padres. I couldn’t find any photos from that era, but there are some neat images of Maddon as a member of the Lafayette College baseball team in the mid-1970s on the Rays Index site.

John Farrell, Toronto Blue Jays — Farrell spent his first four seasons as a member of the Cleveland Indians pitching staff, before missing the entire 1991 and 1992 seasons due to injury. He played sparingly in four seasons after his return. He finished with a career record of 36-46.

Robin Ventura, Chicago White Sox — Chicago fans know Robin Ventura well, as he spent the first decade of his career with the White Sox. When all was said and done, Ventura had two All-Star appearances and six Gold Glove Awards to his credit over a 16-year Major League career.

Manny Acta, Cleveland Indians — The current Indians skipper spent five seasons in the Astros farm system, most of it at the A level. As best as I can tell this card is from his time with the Osceola Astros (A+).

Jim Leyland, Detroit Tigers — It’s well-documented that Jim Leyland was in the Tigers minor league system from 1964-70, it’s just not well-photographed. If anyone can help me out here, I’d be most thankful!

Ned Yost, Kansas City Royals — Yost only saw more than 100 at-bats in a season twice during his six years in the Bigs. His two most productive offensive seasons were in 1983 and 1984, when he racked up a total of 12 homers and 53 RBI for the Brewers and Rangers, respectively.

Ron Gardenhire, Minnesota Twins — Gardenhire spent five injury-plagued seasons with the Mets, making his last Major League appearance in October 1985. His longest and best season was in 1982, when he played in 141 games, drove in 33 runs, and had a .956 fielding percentage at shortstop.

Mike Scioscia, Los Angeles Angels of Anaheim — Scioscia built his reputation on his defensive prowess and durability as a catcher over the course of 13 seasons with the Dodgers. After returning from a rotator cuff injury that wiped out most of his ’83 campaign, Scioscia never played fewer than 100 games in a season.

Bob Melvin, Oakland Athletics — The term “journeyman” was invented for players like Bob Melvin. He played for seven teams over ten years, including three in his final season (1994).

Eric Wedge, Seattle Mariners — Don’t remember Eric Wedge’s playing days? You’re forgiven, especially since he appeared in just 39 games over four years. 27 of those came in 1992 with Boston, mostly as a DH.

Ron Washington, Texas Rangers — Washington broke into the Major Leagues in 1977 but lasted just 10 games. He returned in 1981 with the Twins and spent eight more seasons in the Big Show. Washington was your typical light-hitting middle infielder, hitting 20 home runs for his career.

« Fighting Yank Cares Not for Your Fondue Party, Japan!