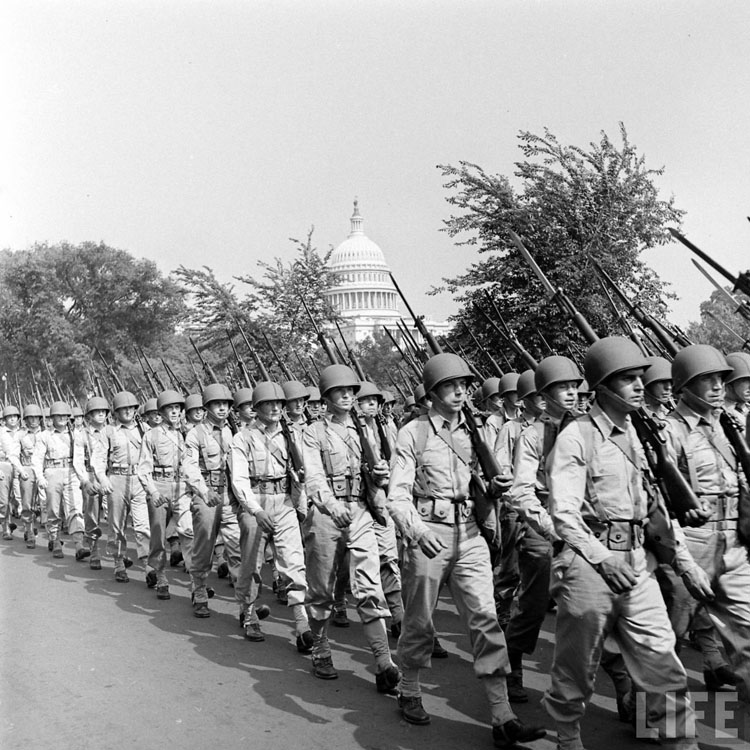 Here are some cool images taken during a Memorial Day parade in Washington, D.C., circa May 1942. As this was the first Memorial Day since the United States military officially entered World War II it likely took on extra significance. I’m no military expert so I can’t identify any of the units in these photos. I’m assuming they’re reserve units, but I could be wrong. There’s a few shots in this gallery of what was referred to at the time as a Colored unit.

« The Evolution of Batman